A paper recently published by the World Bank and Unicef argues that school fees should be abolished in order for Africa to achieve its enrollment objectives and to stimulate further educational improvements on the continent. Quite ironic after the Bank’s user fee crusade of the 80s and 90s.

In the paper Birger Fredriksen argues that “school fees are a key determinant in the growth of enrollment rates and are also important for equity and access considerations, with more vulnerable children often unable to attend or complete primary school.”

He also argues that “the bold initiative required to abolish school fees could provide the catalyst for further educational reforms and improvements.”

Given the various challenges to education in Africa, it is hard to see how the scrapping of school fees could be the magic formula. Surely the general lack of financing,  the lack of trained teachers and poor road access to distant schools play at least an equally important role in poor education outcomes?

Decentralization is not helping either. Most African states are involved in some decentralization program with primary education and health often being among the first functions to be devolved to local level. But funds seldom follow the transfer of responsibility. Already weak administrations are challenged further by the complexities of fiscal transfers to remote localities. The result is a dramatic delays in the transfer of teacher salaries and operational funding for schools.

To his credit, Fredriksen concedes that school fee abolition should not be viewed as a stand-alone policy and should be implemented in conjunction with a number of other reforms.But it is hard to agree that the abolition of school fees should be one of the first steps in addressing the education challenge.

What do you think? Is school fees one of the major blockages to enrollment and quality education? Or are there other, more important blockages? 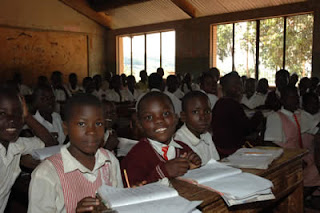