On 27 April 2013, Freedom Day in South Africa, the Social Justice Coalition (SJC) and residents of Khayelitsha, an informal settlement in the outskirts of the City of Cape Town, celebrated by taking the City to task for failing to adequately maintain and clean the toilets provided for the community. The public hearing was part of a social audit in which community members hold governments to account for managing public funds. 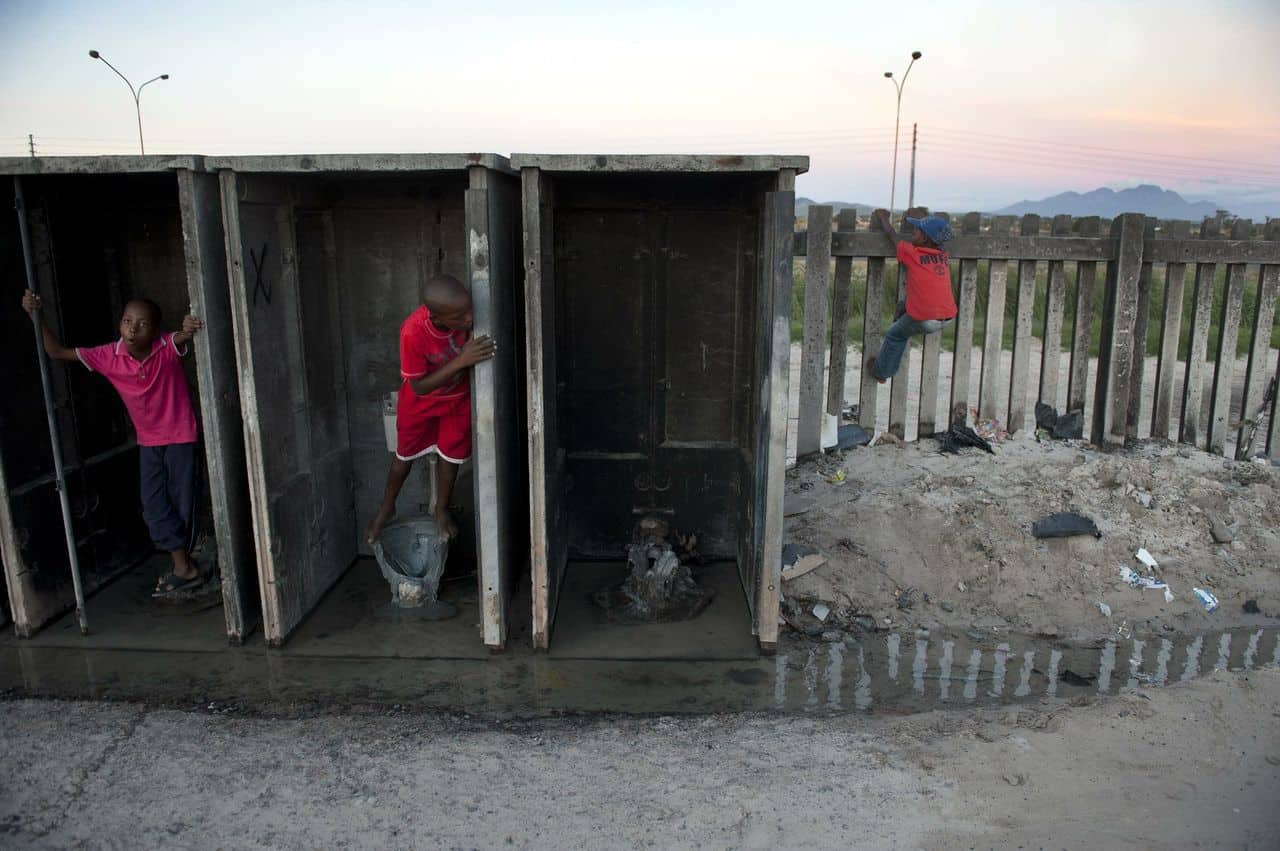 The South African Constitution guarantees all people the right of access to clean sanitation facilities. However, millions of people still lack access to such facilities, including at least 500,000 people in Cape Town who live without access to basic sanitation facilities.  The residents of Khayelitsha have been registering complaints for years about a lack of adequate toilet facilities, resulting in people being assaulted, raped, and even murdered when relieving themselves.  Since 2011 the SJC has raised major problems of the maintenance and safety of chemical toilets with the city government. As part of their Clean and Safe Sanitation Campaign, the SJC petitioned the government on several occasions for access to service agreement documents between the City and Mshengu Services (the company contracted to install and maintain the City’s 5,000 chemical toilets). The SJC used such records to conduct a “social audit” to hold the city government and Mshengu Services accountable for failing to adequately maintain the facilities.

So, What Is a Social Audit?

Social audits help enforce accountability where traditional financial audits fail. They are a formal process, like financial audits, and follow a rigorous methodology. In a social audit, community members and civil society organizations must access relevant information from the government, collate and demystify it for the public, compare the records to the facts in the field, and offer people a formal platform for presenting their first-hand experiences. The social audit process goes beyond accounting for the money that has been spent to examine whether the money was spent properly and has made a difference to people’s lives. It is a powerful tool for those who are directly affected by government spending on infrastructure and public services to hold public officials accountable.

As part of the social audit, SJC and its volunteers physically counted all of the toilets in four settlements in Khayelitsha and compared these numbers against the City’s records of how many toilets should be there.  They interviewed hundreds of local residents about the cleaning and maintenance of the toilets and compiled extensive interview notes to prepare summaries of the sanitation and safety challenges faced by residents.  SJC found that 54 percent of the toilets were unusable, and that contractual obligations for cleaning the toilets were not being met —in some cases, as many as 10 to 26 families were sharing a single toilet.

The audit process culminated in a four-hour public hearing where residents testified about the problems they faced when using the chemical toilets. Officials from the City’s Sanitation Department, the provincial Premier’s Office, and a representative from Mshengu Services were present to hear the testimonies.

You can read the social audit report from SJC here. To find out more information about SJC’s work on sanitation issues in Khayelitsha, read the IBP’s case study and these recent news stories from Mail & Guardian, eNCA, the Cape Times. Two other op-ed pieces have been published in the Cape Times (pictured below); you can read the text versions here and here. 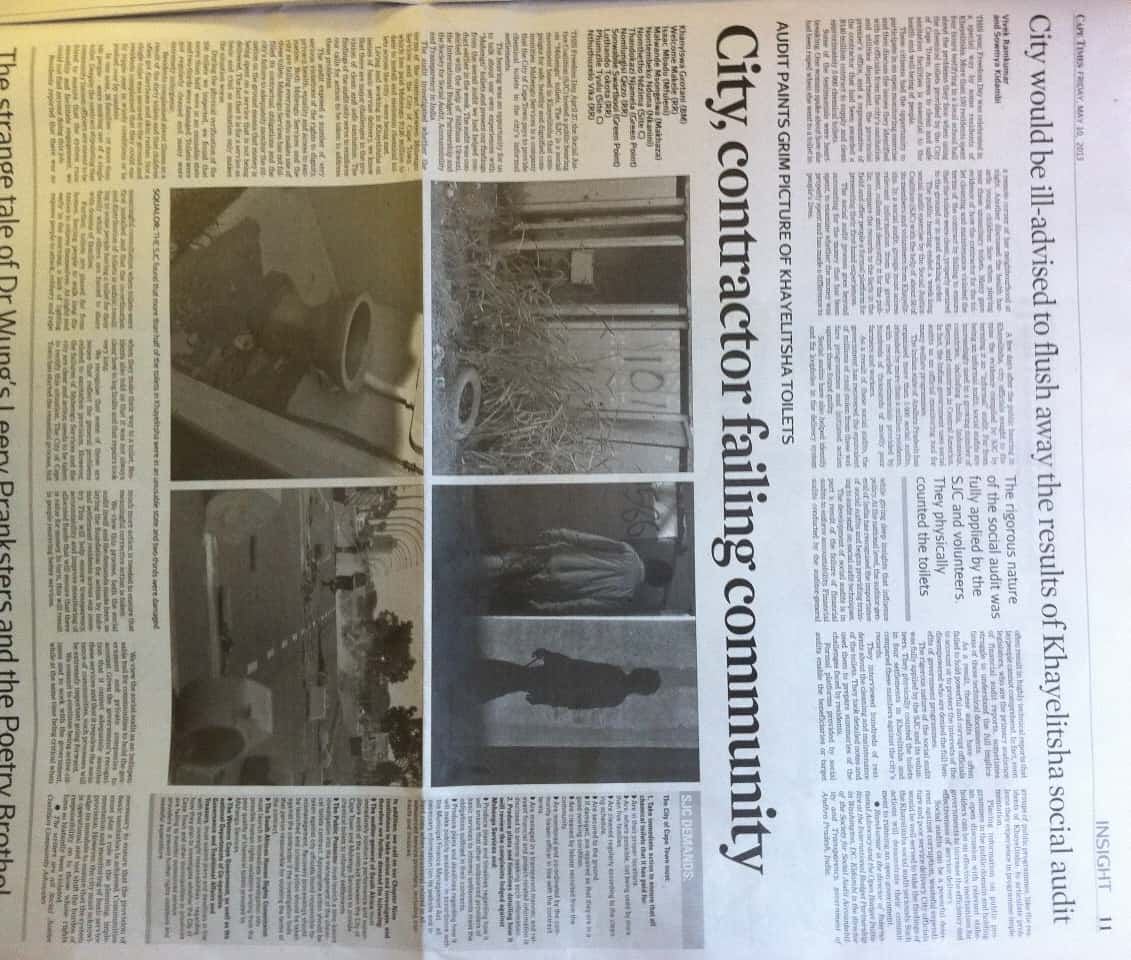 The IBP made a documentary film on the work of Muslims for Human Rights (MUHURI) in Mombasa, Kenya, and their use of social audits to involve communities in monitoring budgets and holding their government accountable for managing the public’s money and meeting the needs of the poor. You can watch the video here.

For further explanation and examples of social audits, see the IBP’s Learning from Each Other Series: Social Audits as a Budget Monitoring Tool. 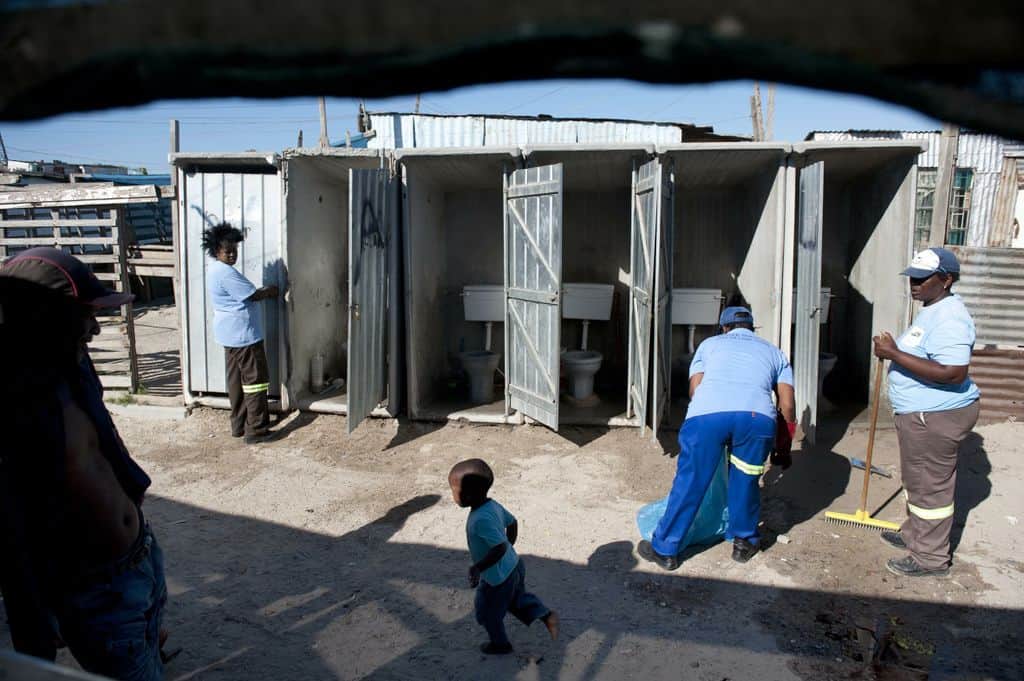 All photos courtesy of David Harrison.