This post was written by Akram Al-Turk, Program Officer for the MENA Project at the International Budget Partnership.

Last week the Tunisian Ministry of Finance published its 2014 Executive’s Budget Proposal (including two supplements) on its website. While the proposal is a brief document with few details on the government’s plans for raising and spending public funds, the fact that the ministry published the proposal concurrently with its submission to the country’s interim legislative body, the National Constituent Assembly (NCA), is a new and positive step. Before 2012 the Executive’s Budget Proposal was not published at all, and last year the proposal was posted only days before the beginning of the fiscal year. Given the current political crisis in the country, however, it’s unclear whether discussions about the budget, both in the media and in the NCA, will take precedence in the next six weeks — especially since ongoing negotiations over a new caretaker government will likely dominate. 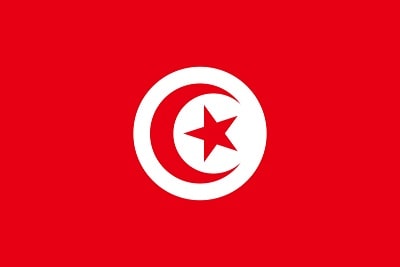 Nonetheless there are encouraging signs that the proposed budget will not be forgotten about in the weeks to come. There have already been a number of newspaper articles that have tried to highlight what the Ministry has proposed, including such contentious issues as a cut in subsidies and a possible wage freeze. Civil society has also started to engage seriously with the budget. One example is the creation last March of a joint commission of the Ministry of Finance and some civil society organizations on budget transparency and accountability. The commission has met four times and, as this press release shows, one of the discussions centers around the publication of a Citizens Budget — in which the organizations were asked to provide feedback on the ministry’s first draft.

These developments show that the budget process in Tunisia has become a little more transparent and participatory since the revolution in 2011. But, as many have rightly pointed out, these are modest improvements. As mentioned above, the Executive’s Budget Proposal lacks many details that are eventually published in the Enacted Budget, which makes it difficult for discussions about the proposal to move beyond a superficial level. Some also worry that the government’s attempts to increase participation in the budget process are overridden by a longstanding tendency to make policy decisions at the central level. As researcher Anja Linder states in a recent IBP paper, “Regional Consultative Development Commissions were set up in early 2012 to draft participatory proposals for public investment projects according to local priorities…While it did allow for the regions to express their development needs, the subsequent process of review and prioritization was nevertheless done at the central level.”

Because of these inconsistencies and tensions — and the country’s economic challenges and political crisis — it’s too early to tell whether budget transparency, accountability, and participation in Tunisia are improving. But in the weeks and months to come, IBP will cover these issues further in short analyses and a budget guide for Tunisian civil society organizations. In the meantime, we encourage you to read IBP’s “Key Challenges and Opportunities for Budget Transparency in Tunisia” for an overview of the budget system and process in Tunisia, ongoing public finance reforms, and budget figures of the last five years. In the coming months IBP will also continue to support civil society to build up the capacity of activists and journalists to better understand the budget, write about it in interesting and simple ways, and use it for advocacy. Using the training curriculum we’ve developed specifically for the Tunisian context, IBP partners will hold trainings for journalists next month. And next year we will likely start training activists at the local level on human rights and budgets.

Watch this space for continued updates on budget transparency, accountability, and participation in Tunisia.

For more information, please contact the author at [email protected].