Training Tunisian Media to Report on the Budget

This post was written by Akram Al-Turk, Program Officer for the MENA Project at the International Budget Partnership.

Since November 2013 IBP and two of its partner organizations have been training journalists in Tunisia on how to cover budget matters in the country. These workshops build on those that IBP conducted in the summer for civil society organizations, adapting the training material we developed to fit the needs of media professionals.

The media is an important actor in ensuring open and accountable public budgeting. Traditional print and broadcast outlets, as well as new media can help inform the public about what is in the budget and how funds are actually being raised and spent, as well as play an important oversight role. However, prior to the democratic revolution in Tunisia, the media was allowed to do little more than publish government-produced information, so journalists did not play an active and effective role in the budget accountability ecosystem. Thus IBP’s work in Tunisia includes efforts to help journalists at the national and local level better inform the public about the budget and play this oversight role.

One of our partners, the Center of Arab Women for Training and Research (CAWTAR), facilitated three sessions in November and December, training print and broadcast journalists from outside the capital city. Participants came from around the country, including the towns of Jendouba, Gabes, Gafsa, Le Kef, and Tataouine. In the coming months, CAWTAR will work with the same journalists to produce content that focuses on budget issues. 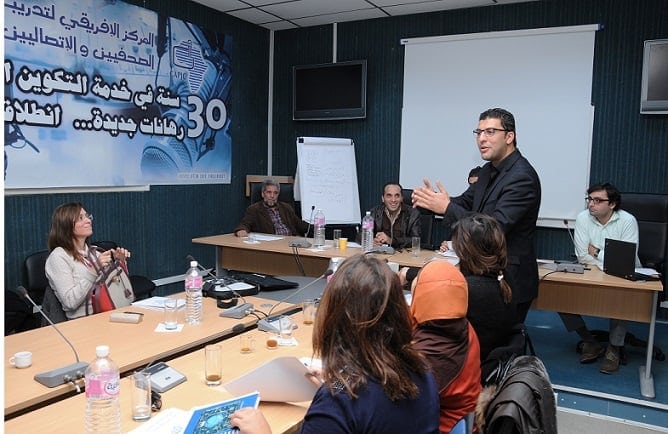 IBP also partnered with the African Center for Training of Journalists and Communicators to develop the skills of national-level print, TV, and radio media professionals to write and produce broadcast segments on budget-related issues. The first training session was conducted in December 2013 and a follow-up session, which will give participants an opportunity to examine budget documents in depth, will be held in February 2014. Fourteen media outlets — including the Tunisian News Agency, El Watania 1 TV, Express FM, and La Presse newspaper — are participating in these workshops. IBP and the African Center are pleased that some of the journalists who attended the workshop have already written a number of articles related to budget issues.

A few of these articles — which cover the recently published 2014 Executive’s Budget Proposal (including the proposed subsidy cuts and public sector wage freeze); the potential effects of the new budget on unemployment, cost of living, and poverty; newly implemented budget reforms; and the level of budget transparency in Tunisia — are highlighted below.

For more information on budget and transparency developments in Tunisia, read our recent blog post and Policy Note.