What’s new in budget work and research around the world

We’ve compiled a list of news articles, blog posts, publications, and other materials from this week related to budgets and civil society work, as well as governance and development issues more generally.

Working with Budgets and Spending Data (School of Data)

When is civil society a force for social transformation? (OpenDemocracy)

The Public Expenditure Management Peer Assisted Learning (PEMPAL) plenary meeting was held this week in Moscow. Warren Krafchik, director of IBP, gave a presentation on the work of IBP around budget transparency and citizen engagement, and Juan Pablo Guerrero spoke about the Global Initiative for Fiscal Transparency (GIFT). Here’s a few tweets from Juan Pablo at the event: 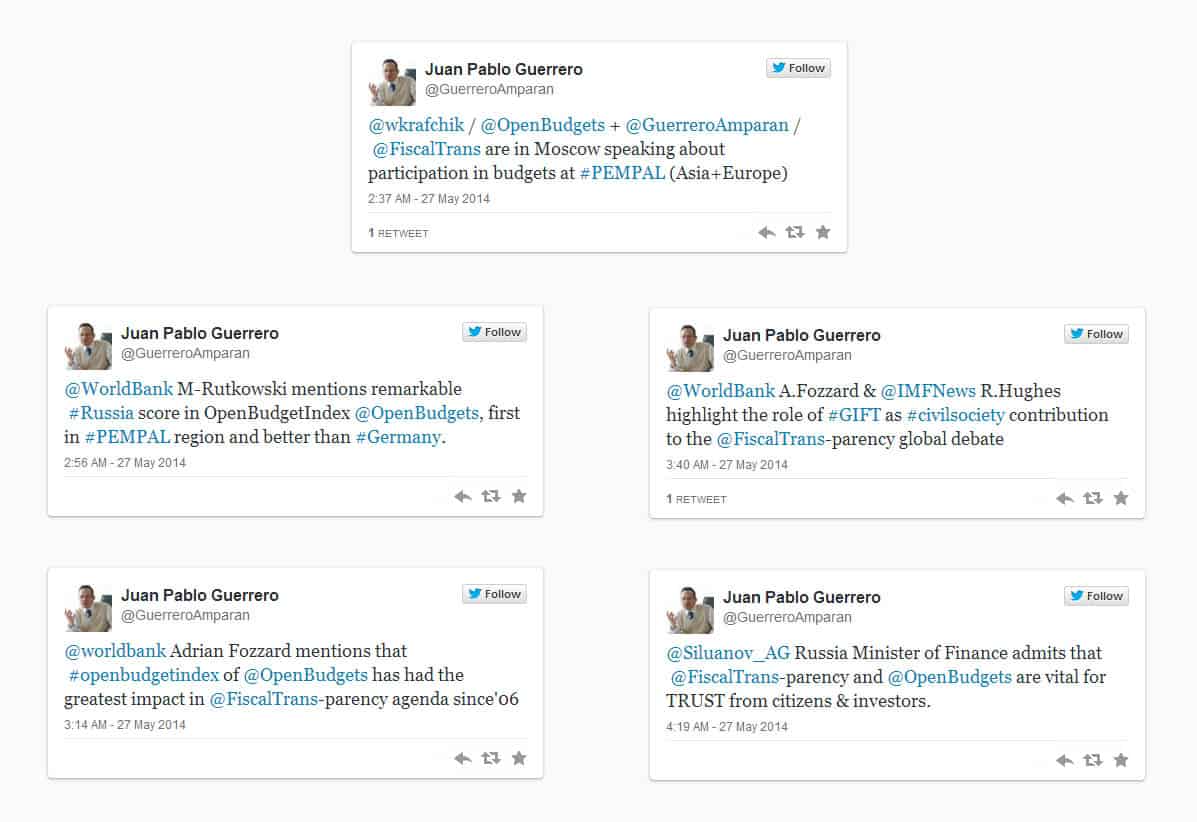 Debating the Success of OGP

The Ambition of Open Government Partnership (Open Up Blog)

What if “corruption” is a concept that has outlived its usefulness? (The Campaign for Boring Development)

Where does your 1000 Vatu go? (Pacific Institute of Public Policy)

All stakeholders to be taken on board in budget process (Business Recorder, Pakistan)