Checking In On Open Government

This post was originally published on the Open Government Partnership’s (OGP) blog. 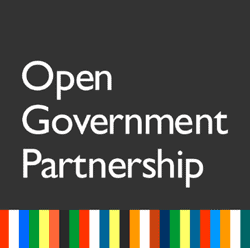 Every two years, the Independent Reporting Mechanism (IRM) team releases a huge batch of reports that assess how well Open Government Partnership (OGP) countries are achieving their open government commitments, as outlined in their National Action Plan. The reports are released a year into the national action plan cycle and developed by national researchers and international experts with inputs from civil society and government. Throughout February 2016, the 36 countries that started their action plans in 2014 will receive their progress reports.

The progress reports have two goals. First, each report gives civil society and government a chance to check in on which countries are keeping to their commitments. Second, they help us learn. At the national level, the reports help to improve the next action planning cycle. At the international level, they help to identify who is innovating and allow us to check in on the health of OGP as a whole.

This blog post focuses on the latter question of OGP health. To read about why and how you should comment on the progress reports, see this blog.

What can we learn from all of these IRM reports?

The reporting process produces an enormous amount of data and information that offer critical insights into the state of open government reforms around the world. By having this massive set of new OGP data, we can begin to look at trends across the organization. Here are a few quick observations based on the reports that we’ve received thus far:

Over the coming weeks, IRM researchers in each country will work to promote the key findings and recommendations in their reports to help improve the next action plan. They will be looking for participation and involvement from civil society and government actors.

The IRM team will also work to put all of the report data up for easy use on the OGP Explorer and for general download. As usual, we maintain an “open door policy” on the reports. We make it a priority to help anyone who wants to learn from the OGP data or use it for advocacy.

Finally, we will work to develop an IRM technical paper which will give us a sense of the health of the organization. The paper will cover a variety of topics and, for the first time, assess how OGP action plans and countries have changed over time. We expect this paper a little after mid-year.