From Domestic Accountability to International Recognition: Fiscal Openness Reforms in the Philippines 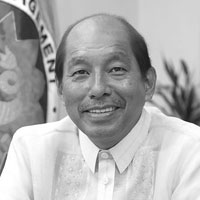 Florencio “Butch” Barsana Abad was Secretary of the Department of Budget and Management (DBM) of the Philippines during the period 2010-2016. Previously, he had served as Secretary of the Department of Education and Secretary of the Department of Agrarian Reform. He was also a congress member (three terms), lawyer, trade unionist, and an educator and activist. As Budget Secretary, he championed active citizenship and open government through citizen participation in planning and budgeting and making essential budget documents and information publicly available. Through the Bottom-Up Budgeting (BUB) Program, he institutionalized people’s participation in the budget process and enabled civil society organizations to partner with their local governments to address poverty in their communities.

In this interview with Paolo de Renzio, Senior Research Fellow at the International Budget Partnership, Mr. Abad recalls the range of reforms that he helped introduce while at DBM.

What were the fiscal openness reforms that were introduced in the Philippines, and what was their impact?

Abad: Benigno Aquino III, who came to power in 2010 and in whose government I had the honor to serve, continued her mother Corazon Aquino’s fight for good governance and against corruption. The new administration strongly believed that better governance leads to better government performance, and better performance leads to poverty reduction. Economic management improved substantively, freeing up resources for investments in infrastructure, cash transfers, and basic services. This led to a significant increase in trust in government, both from citizens and from international investors.

“The budget process was one of the key areas where innovative policies and reforms were introduced, bringing about greater transparency and accountability, and meaningful participation by citizens at all stages of the budget process.”

The first thing we did was to upload all budget documents online so that all could see how government managed public resources. We also set up a website to publicize details of “pork-barrel” projects proposed by representatives in congress, and an e-procurement system to improve transparency in the process of government contracting, from bid to implementation. We introduced Budget Partnership Agreements between government ministries and relevant stakeholders in their respective sectors to promote participation and dialogue, and created something called Bottom-Up Budgeting, to foster meaningful devolution in the definition of local projects, with decisions being taken jointly by local governments and civil society groups.

“Bottom Up Budgeting started with a budget of 8.3b pesos in a few hundred municipalities, and now covers all 1,600 plus municipalities with more than 20b pesos.”

Finally, in the past few years we have been introducing performance information in our budget process, with government ministries and departments now linking spending to inputs, outputs, and outcomes. Putting performance information in the public domain is a way to improve accountability. As a consequence of our efforts, our score in the Open Budget Index hit a score of 64 in 2015, the highest one among ASEAN countries.

Abad: Clearly one of the key drivers behind the reforms that we put in place was the government’s commitment — stemming from its electoral manifesto — to improve governance, reduce corruption, and manage resources to benefit the population at large. But other factors helped us, too. A corruption scandal around pork barrel projects generated a great demand for further improvements in transparency in the budget process, from the opposition, civil society, churches, and the media. Popular support and outrage ensured that people responsible were held accountable — in fact, a number of members of congress were detained — and funds had to be returned, also thanks to the intervention of the Commission on Audit. However, this also generated resistance and a populist backlash, resulting in a slowing down of other related reform processes, for example, those relating to the approval of Access to Information legislation.

“We faced a lot of resistance to reforms, for example on the adoption of a unified set of budget accounting codes that facilitates tracking of spending.”

Another important factor motivating us to become more transparent was the need to attract foreign investment. We know that our good transparency and economic management record has affected our credit ratings, which in turn are important to attract foreign capital and investment. Such international recognition was important for the government as a seal of performance and legitimacy, especially as we struggle to overcome a tradition based on patronage and protection of vested interests.

“Vested interests are always ready to capture institutions and block reforms. Patronage needs to be countered. External pressure can help with that.”

Abad: GIFT should push even harder and engage more with investors and credit rating agencies to recognize the importance of fiscal transparency in budget reforms and in improving economic management and fiscal performance. GIFT could also go even further and engage the United Nations to discuss how fiscal transparency can help achieve the Sustainable Development Goals.

For more details on fiscal openness reforms in the Philippines, see: