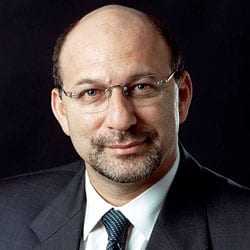 Trevor Manuel was South Africa’s Minister of Finance from 1996 to 2009, serving under three different presidents. During his long tenure, he built South Africa’s Treasury into a strong and well-respected organization and introduced wide-ranging budget reforms – including many that greatly improved budget transparency, thrusting South Africa to the top ranks of the Open Budget Index.

In this interview with Paolo de Renzio, Senior Research Fellow at the International Budget Partnership, Mr. Manuel looks back at some of the reforms he introduced that turned South Africa into a world leader in budget transparency.

What were the fiscal openness reforms that were introduced in South Africa, and what was their impact?

During the apartheid regime, public finances were very opaque and fragmented, making it difficult to have a clear idea about what public resources were being spent on. This led to lots of waste and misuse, and kept citizens in the dark. The ANC [African National Congress] government that came to power in 1994 sought to overturn these practices and open a new stage of transparency and openness. When I became finance minister in 1996, we immediately set about drafting a new Public Finance Management Act, and introduced a series of other reforms to improve fiscal transparency and accountability.

“Apartheid was a system that was based on very high levels of secrecy. In order to demonstrate transparency, we started announcing the government’s spending plans four months before the budget was tabled in Parliament.”

Let’s start with budget documents. The government started publishing a Medium-Term Budget Policy Statement (MTBPS) in October of each year to set out fiscal policy targets and get parliament involved at the early stages of the budget process. Detailed Estimates of National Expenditure were then prepared by each government department to detail not just how much money they were going to spend but also detailing their objectives and expected results. We also started producing monthly budget execution reports which were published within three weeks of the end of each month.

Apart from these publications, the Auditor General’s office was reformed so that it could play a more effective role in providing independent scrutiny of government spending, and a number of initiatives were undertaken to promote a better informed debate around the budget. For example, we conducted a workshop for the media every year to explain to journalists where to find specific budget information, how to interpret it, and so on.

First of all, I would not say that international actors played as crucial a role as they play in other African countries. Although we looked at relevant international experiences and promoted learning through peer exchanges, we did not borrow from the World Bank or the IMF, and levels of foreign aid were also negligible, which meant that international pressure was not a significant driver. In 1995 we started raising money on international financial markets, so of course it was important to have fiscal information available for that purpose. On the other hand, we always saw parliament as our key audience and aimed at ensuring that legislators — and the people whom they represent — had access to all relevant information and data, both on planned and executed budgets. This was part of our efforts to build strong institutions, and respect, and put into practice constitutional and legal provisions around public finance management — including the democratic principles that underpin them.

“The way in which budget debates are structured does not focus sufficient attention on evaluating actual performance. We applaud the policy intent but do not interrogate the policy outcome.”

Unfortunately, budget information is not always fully utilized by parliament, especially in terms of closing the loop by using annual reports and audit reports to assess what public money actually bought, and what benefits it brought. In fact, we often felt frustrated by the lack of engagement with the budget process by various actors. Parliament has strong budget powers, but it is poorly equipped to analyze and use budget information. Newspaper reporting on the budget is weak, except for when a large corruption scandal breaks out, and universities and think tanks also do not play an important role in budget debates. For about a decade, we also had something called the People’s Budget Initiative, which brought together various social actors who marched on parliament on budget day to present an alternative budget proposal. Of course their timing was very unfortunate, because their proposals came too late for us to include them in the actual budget proposal.

That might be one of the key challenges that South Africa’s budget transparency reforms face. The Treasury has developed sophisticated systems and skills, but those are not matched by other actors, both within and outside government, limiting the potential impact of budget transparency. The Treasury might therefore need to spend more time in educating other actors on the budget process and on the content of budget documents to ensure the quality of public debate improves.

We have many indices at international level to measure many different things — from budget transparency to income inequality — but we still lack good measures of the quality and efficiency of public spending, to help guide budget decision making and to provide citizens with ways to judge whether public resources are being well spent. GIFT could look at this matter and develop some interesting new measures, which could add a lot to existing debates moving beyond a focus on public availability of budget information.