Starting from the Top: Political Leadership and Fiscal Openness Reforms in Brazil 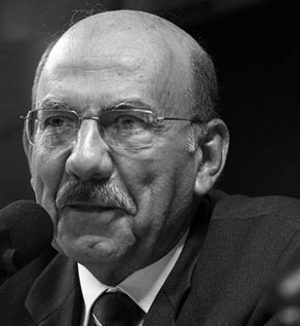 Jorge Hage Sobrinho was Deputy Minister of Brazil’s Federal Comptroller General (Controladoria-Geral da União, or CGU) from 2003 to 2006, and its Chief Minister from 2006 to 2014. While at CGU, he oversaw significant transparency reforms, including the launch of Brazil’s fiscal transparency portal, a user-friendly online tool for searching and downloading detailed budget information that has drawn wide praise both within and outside Brazil. During this period, Brazil has achieved the best Open Budget Index score in Latin America, and the second best score among middle-income countries.

In this interview with Paolo de Renzio, Senior Research Fellow at the International Budget Partnership, Minister Hage reflects on his time at CGU and on the transparency reforms that he helped introduce and implement.

What were the fiscal openness reforms that were introduced in Brazil, and what was their impact?

Jorge Hage: Some of the most significant fiscal openness reforms in Brazil were introduced after Lula’s Workers’ Party (Partido dos Trabalhadores, PT) took power in 2003. Previous reforms, like the introduction of the Fiscal Responsibility Law in 2000, included some important fiscal transparency provisions, but were mostly instrumental and not linked to a broader policy of improving transparency and accountability. Lula created the CGU shortly after becoming president and nominated a well respected senior politician, Waldir Pires, to be its Minister for Control and Transparency. One of the PT’s electoral promises was to provide public access to the government’s financial management system (called SIAFI), so that anybody could see how public money was being spent. Given the complexity of the system, the CGU decided instead to set up a Transparency Portal where this — and other types of — information could be disseminated using a more user-friendly interface, “translating” data for public consumption.

The Portal was launched in 2004 and grew gradually over time, including an increasing number of datasets and different types of information. Apart from very detailed revenue and expenditure information which is updated daily, nowadays users can access information about individual public servants’ positions and salaries, agreements and partnerships entered into by the federal government, and a register of companies that were barred from public tenders, and can search fiscal data for specific programs — like Bolsa Familia — or for important events like the 2014 Soccer World Cup or the 2016 Olympic Games.

“Starting with less than 300,000 visitors in its first year of operation, the Portal reached 14 million visitors in 2014.”

An interesting feature of the Portal is the access it provides to information about credit card expenses for all federal public servants who hold a government credit card. This initiative was taken as a response to the large amount of denunciations that the CGU received about misuse of government credit cards. As soon as the information was put in the public domain, the number of reported cases decreased dramatically. Values involved may have been small, but the symbolic function of putting such information out in the open is very important.

Legislation that was introduced in 2009 made similar portals mandatory for all levels of government — both state and municipal — greatly increasing access to fiscal information. And the passage of Access to Information legislation in 2011 further strengthened government openness.

Jorge Hage: One of the key initial drivers of transparency reforms was Lula’s electoral campaign promise to open up budget information to public scrutiny. The CGU then became the champions for these commitments to become reality, with Waldir Pires as the “cobrador” — or ticket collector — ensuring everyone did their part.

“The Workers’ Party spent a long time in opposition and understood how important transparency and access to information were for democracy.”

While half of the argument in favor of transparency reforms was ideological, and based on the conviction that transparency was important in and of itself, we also had to convince the many skeptics — including many large ministries — with more practical arguments. We tried to show how transparency could be useful to public managers to better control government action at all levels, and to reduce the risk of corruption and mismanagement, which in turn meant a lower risk of political fallout from emerging scandals, etc.

To help us is in this “proselytism,” we found that we could count on both internal reform-minded allies and on pressure from outside government. Part of this strategy was the creation of a Council for Public Transparency, which included representatives from civil society organizations, trade unions, churches, professional associations, etc. It was a consultative body with no decision-making powers, but it brought reform ideas and provided important support to the government’s reform initiatives. Over time, external pressure grew. Civil society and public opinion became important to further reforms. The more information you provide, the more information people ask for. Civil society pressure came mostly from the media, giving voice to various groups or based on the work of investigative journalists. This led, for example, to the opening of special portals on spending for the World Cup and the Olympic Games, and to the use of improved open data formats.

“It was not easy. Government is not monolithic. There were many different opinions, and a lot of resistance. It was a slow and difficult process, convincing people that transparency could bring important benefits.”

A final set of important incentives for reform comes from beyond our borders. International indices and good practice examples trigger emulation and competition. We looked at international indices like the Open Budget Index, tried to learn from others and used our good score to further motivate people within government, showing them that their efforts were being recognized. The invitation we received to join the Open Government Partnership as co-initiators was also an important recognition that kept us moving on the reform path.

Jorge Hage: I would highlight two things here. The Global Initiative for Fiscal Transparency, alongside OGP and others, is already playing and important role in providing local reform champions with tools and arguments to convince political leaders (evidence of impact, good practice examples, high-level events, etc.) about the importance of pursuing transparency reforms.

Possibly, however, GIFT should try to engage at the highest political level, rather than stop at senior technical levels. GIFT needs to talk to presidents and ministers, party leaders, MPs, etc. and convince them of the overall argument in favor of fiscal openness.