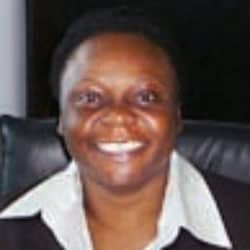 Florence Kuteesa served 21 years in the Ugandan Ministry of Finance, Planning and Economic Development, rising from the level of economist to the post of Budget Director, which she held until December 2004. She then worked for two years in a private consulting firm, and thereafter six and half years with the International Monetary Fund’s Fiscal Affairs Department, until 2016. In the Ugandan government, she introduced a number of budget reforms that turned Uganda into a regional example in PFM systems and budget transparency practices.

In this interview with Paolo de Renzio, Senior Research Fellow at the International Budget Partnership, Ms. Kuteesa remembers the early stages of Uganda’s budget transparency reforms, and the bridges that they built between government and civil society.

What were the fiscal openness reforms that were introduced in Uganda, and what was their impact?

In 1998 I was heading the Budget Policy and Evaluation Department  at the ministry and was responsible for coordinating the budget preparation process and related reforms. As part of my work, I was tasked to oversee the development of the budget communication and transparency strategy, which was launched in 2001 (published as “Improving Budget Transparency in Uganda – A Medium Term Communication Plan”). The strategy was part of a broader political agenda of poverty eradication and was based on the understanding that promoting transparency and accountability in the management of public resources was essential in spearheading and sustaining the government’s efforts in reducing poverty.

The consultative process of developing the strategy was an eye-opener, enabling the ministry to appreciate the flaws in its communication systems. The ministry had never paused to reflect on how to support stakeholders in accessing and using budget information to demand for public accountability. This is an invaluable lesson for all budget reform champions.

“The Budget Communication and Transparency Strategy had an overall objective: enhance understanding of the budget and its contribution to poverty reduction.”

The strategy was developed after a two-year consultation process, and had three components. The first component dealt with improving internal communication within the ministry: strengthening procedures for decision making and promoting coherent messages around budget reforms. There was a lot of heated internal discussion on the need for government, especially the ministry, to be proactively transparent, collaborate with the media, and so on.  Top management eventually agreed to work toward positive engagement with our “clients,” providing a platform to deal with both their challenges and our fiscal constraints in pursuit of a shared objective: effective use of public funds to reduce poverty.

The second component related to developing a more effective engagement with various stakeholders (civil society organizations [CSOs], donors, members of parliament [MPs], media, etc.). The ministry met with and trained MPs and CSOs, and spoke with the media to explain the budget process, how it worked, how to engage with it, and the fact that public resources ultimately belong to citizens. Our budget formulation process was overhauled and made more open to include a series of consultation opportunities (i.e., national budget consultative workshops, sector working groups in sector ministries, etc.) on the definition of budget priorities and on issues of efficiency and effectiveness in the use of public funds. In addition, at the tabling of the budget proposal to parliament, the ministry produced simplified versions of the annual budget, and a newspaper pull-out with key facts about the budget.

A third and final component focused on the extent to which budget information and documentation could be made more user friendly and understandable to a general public. The reforms included: a) adding a glossary of key terms to all technical budget documents; b) publishing simplified versions of national policies, the annual budget, and the budgeting process in several local languages; and c) publishing budget releases on a quarterly basis in the local print media.

These reforms generated a shared understanding of the benefits of budget transparency and communication, which underpinned improved internal communication and coherence within the ministry, as well as more effective communication and engagement with other stakeholders. Simplified versions of budget documents became very popular and instrumental in enhancing the interest and engagement of citizens, CSOs, and MPs in the budget process. The practice was quickly adopted by sector ministries, who produced simplified versions of their sector policy and investment programs that further enhanced the transparency of public funds. The number of CSOs getting involved in budget policy discussions also increased.

Enhancing budget transparency, however, proved to be an expensive venture. Overtime, it was not possible to sustain all the citizen engagement activities, some of which were originally supported by the World Bank and other donors. The political commitment for transparency has also somewhat dwindled over time. Nonetheless, many of the gains were retained, as shown by Uganda’s continued good performance on the Open Budget Index, even though documents have become very voluminous and more complicated, and therefore less useful.

The main driver behind the reforms was high-level political commitment to poverty reduction, and to the key role of effectively using public resources for that purpose. A Poverty Eradication Action Plan (PEAP) was formulated and launched in 1997 to guide budget allocation and implementation, increasing funding for priority sectors that could have an impact on poverty. However, reductions in poverty levels were not as strong as expected. A tracking study carried out in collaboration with the World Bank revealed that public resources were not getting to where they were needed — i.e., to the schools and health posts that were providing services — so fiscal decentralization and transparency were identified as important additional components of public finance management (PFM) reform. These reforms were meant to ensure that resources were transferred directly to service delivery units, and create mechanisms for citizen control over these resources. Some civil society groups like the Uganda Debt Network jumped on this possibility, and started monitoring how resources targeted at poverty reduction were being spent. This provided further incentives for government to become more open.

“Political commitment came all the way from the President, but we had strong support from the top levels of the Ministry of Finance as well. That commitment was matched by a team with good analytical skills, strong passion for the work, and reform-mindedness.”

Getting government to work with CSOs was a difficult task, as many were initially against it. We had to bring in the more competent organizations that knew how to engage government in dialogue. At the same time, building a positive and constructive relationship required innovative undertakings to build capacity of interested CSOs to engage in budget policy dialogue, and funding to enhance the coverage of their work to communities in the districts. My own experience as a voluntary member and chairperson of a policy advocacy organization working on women’s initiatives a few years prior helped a lot in that respect. Through my engagement with that CSO, I understood the importance and usefulness of engaging with civil society groups to improve policy making. But many in the ministry could not understand why government should open up. Showing the usefulness of civil society inputs, and how these could in fact make the government’s job easier was important in convincing skeptics.

Donor agencies were important in Uganda as providers of financing and technical assistance. Of course, given their support to the PEAP, they were also interested in budget transparency, in order to know how and where resources were being spent, as well as their impact on poverty reduction. But in many ways, rather than provide direct incentives, their influence was more indirect, through policy dialogue and expertise, or through supporting civil society groups in accessing and using budget information to demand for accountability, especially at lower levels of government.

I think that, in general, external actors have played a positive role in recent times, both in setting norms and standards and in providing support to — and putting pressure on — governments to become more transparent. In this way, they are helping to ensure that transparency reforms are included in governments’ agendas. It is not clear to me, however, to what extent politicians really understand and believe in the value of fiscal openness, undermining reform success. Many PFM reforms – take IFMIS for example – look good on paper but do not deliver real improvements.

Fiscal openness should be linked to demand for budget accountability and ultimately improved access and quality of basic public services. Showing the real value and benefits of fiscal openness — and linking it to issues that are important to each specific country situation — is therefore key to convincing governments to take reforms seriously, and in this area international actors and initiatives could play an important role. Support is required to undertake studies designed to examine the impact of budget transparency initiatives on citizens’ demand for accountability and government accountability mechanisms.

Finally, fiscal openness should cease to be seen solely as a Ministry of Finance initiative. Sector ministries and agencies at all levels of government have a critical role to play in promoting transparency in the use of public funds. GIFT could therefore reach out to other actors, to ensure that fiscal openness really becomes a government-wide undertaking, where different actors and stakeholders play well articulated and complementary roles.