How Can We Bridge the Gap Between Citizens and State? Previewing the Open Budget Survey 2017

On 30 January 2018 the International Budget Partnership (IBP) will release the Open Budget Survey 2017 – the latest round of the world’s only independent and comparable assessment of budget transparency, citizen participation, and independent oversight institutions in the budgeting process. 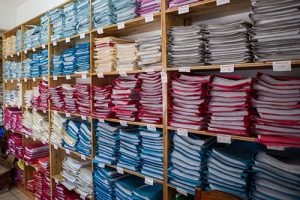 The Open Budget Survey 2017 findings on the systems and practices that countries have in place to inform and engage citizens — or not — in decisions about how to raise and spend public resources, and on the institutions that are responsible for holding government to account, come at a critical juncture. Around the world, there has been a decline in public trust in government, in part due to instances of corruption but also because of dramatic increases in inequality. In a number of countries, leaders who have disguised their intolerant and reactionary agendas with populist rhetoric have been swept into power by those who’ve been left behind. These political shifts have driven out many government champions of transparency and accountability — especially those from countries in the global south. More broadly across countries, there has been shrinking of civic space, rollbacks of media freedoms, and a crackdown on those who seek to hold government to account, including individual activists, civil society organizations, and journalists.

Because open and accountable public budgeting is at the center of democratic practice and equity, it is the first place we should look for ways to strengthen the interaction between governments and citizens. Ensuring that the budgeting process is characterized by high levels of transparency, appropriate checks and balances, and opportunities for public participation is key to stemming the decline in confidence in government and representative democracy.

In the face of the spread of profound threats to active, informed public participation, and thus the ability of citizens to ensure their governments will pursue policies that improve their lives, the Open Budget Survey 2017 will provide essential data on the state of budget transparency and accountability around the world.

The International Budget Partnership has conducted the biennial Open Budget Survey since 2006 to answer these two fundamental questions for representative government:

To answer these questions the Open Budget Survey (OBS) assesses whether national governments produce and disseminate to the public key budget documents in a timely, comprehensive, and accessible manner. In addition, the 2017 survey includes a newly enhanced evaluation of whether governments are providing formal opportunities for citizens and their organizations to participate in budget decisions and oversight, as well as emerging models for public engagement from a number of country innovators. It also examines the role and effectiveness of legislatures and supreme audit institutions in the budget process.

The survey, which is implemented by independent budget experts in each country and rigorously vetted, provides governments, civil society organizations, and development practitioners with key data and analysis to allow them to identify baselines and trends in country practices and implement or advocate for reforms to close gaps.

In addition to providing the latest findings on open and accountable budgeting, the report for the 2017 survey will also provide suggestions for improving countries’ public finance systems and practices to better ensure more effective and responsive use of public resources to meet public needs.

The Open Budget Survey 2017 could not come at a more critical juncture as we look to reinvigorate democratic practice, re-engage the disaffected, and restore public trust in public institutions. Be sure to see the results at www.openbudgetsurvey.org on 30 January 2018!

Join IBP for the Global Release Of The Open Budget Survey 2017!

We invite you to attend our global release events in Washington, D.C., on 31 January 2018 and in London, U.K., on 6 February 2018. If you can’t attend in person, you can livestream either or both events as they happen. RSVP to register and add event(s) to your calendar:

Be one of the first to know about the Open Budget Survey 2017 results! Click here to subscribe to email updates from the International Budget Partnership.