Revisiting the Foundational Assumptions of Fiscal Transparency and Accountability Work

When work focused on improving fiscal transparency and accountability gained steam in the 2000s, it proceeded from a core set of assumptions about both the global political context and the drivers of domestic governance reform. Yet the tectonic shifts reshaping international life in the past ten years have thrown into question many of these theories and approaches.

As part of the recent effort led by the International Budget Partnership, the Transparency and Accountability Initiative, and the Carnegie Endowment to envision the future of fiscal transparency and accountability work, we embarked on a short exercise. We sought to identify these foundational assumptions, update them to fit today’s world, and assess the programmatic implications of these changes. The full set of original and revised assumptions and initial ideas about the implications for programming is included in our State of the Field Review: Fiscal Transparency and Accountability Research Note, and at the end of this post. 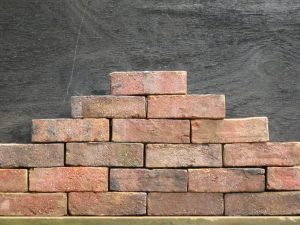 The founding political and economic assumptions—mostly formed in the early post–Cold War years—were largely optimistic. On the political front, democracy appeared to be continuing its global advance. More and more governments seemed to accept the value of independent civil society, and openness to transnational activities aimed at fostering democratic norms and practices was stable or even increasing. On the economic front, the belief that economic development naturally tends to produce political liberalization was widespread, as was the idea that technological change will on balance contribute to greater transparency, accountability, and other good outcomes.

The ensuing change in all these areas has been enormous, framed by the overall stagnation of democracy, the financial crisis of 2008-2009, and the resurgence of nationalist sovereignty. Many of the earlier assumptions have sagged or collapsed in the face of negative developments: we see key governments reversing previous transparency gains, cracking down on civic activism, or exploiting fiscal transparency norms to limit or harass activists, and anti-corruption movements that have the power to help overthrow a government, but struggle to transform captured political systems.

The optimism behind the field’s earlier assumptions is certainly striking when viewed from today’s darkened lens. Were we really so optimistic, or even naïve? When stated in their purest forms, these foundational theories or ideas perhaps sound more idealistic than they truly ever were. Yet reading through them today, the worldview of that earlier time is certainly recognizable.

The changed global context has crucial implications for the future of transparency and accountability work—implications that are only just starting to be fully thought through. For example, fiscal transparency and accountability advocates may need to develop a wider range of linkages with non-traditional partners, to deal more directly with protest movements rather than only engaging with technocratic advocacy groups, to take a wider range of citizen interests into account, and to rely less on international norms and invest more in national-level debates and actions relating to state legitimacy.

Changed economic conditions indicate a need to move beyond a narrow growth focus toward a new public finance framework that incorporates social equity and sustainability more effectively. Other priorities may include strategic campaigns for the democratic control of data, and a greater focus on state capture as a surprisingly ubiquitous feature of even relatively open political systems.

With regard to reshaping the field of fiscal transparency and accountability, much clearly needs to be done. Moving from tactical to strategic approaches that try to tackle deeper obstacles to change is crucial. This will likely involve greater horizontal and vertical integration of reform efforts at the country level. More attention to political analysis is also in order, to eradicate simplistic assumptions about convergent interests. A key overarching challenge is how to move from “accountability for accountability’s sake” to answering the question of “accountability for what?” This will require a sharper vision of the underlying social and economic goals of fiscal transparency and accountability work—an exercise that may uncover new alliances with other movements and actors, and opportunities for bottom-up mobilization.

Examining the founding assumptions of the field—and the various ways practitioners and scholars have begun to revise them—certainly clears out any residual unrealistic optimism. The deterioration since the mid-2000s of many once-assumed features of international political and economic life is daunting. Yet it is crucial that this recognition not give rise to paralyzing pessimism. New strategic approaches will have to be rooted in realism, a greater understanding of how to achieve meaningful political and institutional change, and renewed determination.