Financing development has always been a challenge, especially for the weakest economies. While the Sustainable Development Goals (SDGs) lay out new aspirations, the story has not changed: “the needs to promote progress are urgent – from extreme poverty to gender inequality to climate change – but resources are scarce and private sector finance, while an essential ingredient, will not resolve the most intractable development challenges.” 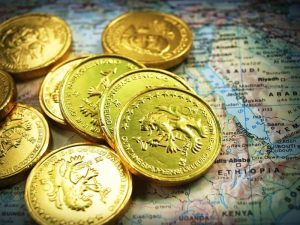 Improving domestic revenue mobilization (DRM) is the way to go. However, the financing needs exceed the public revenues that many countries have been able to collect so far. Three recent studies (from Development Initiatives, ODI and the International Monetary Fund) find that even in the best case scenarios, DRM will be insufficient to cover that SDG gap in low-income countries (LICs). The studies propose more aid and concessional finance, but we are seeing just the opposite. Aid to LICs is stagnating if not declining, with concessional financing to low- to middle-income countries (LMICs) limited due to “graduation” schemes. And because DRM is slow and politically complicated, debt has been an easier choice for countries when available.

Thanks to investors’ “hunt for yield” and a wider range of creditors, debt has been more available than ever before. As a result, debt repayments are steadily growing and eating away the gains from DRM meant to fund social and economic investments. Kenya, for example, has seen debt repayments triple to 22 percent of revenue for 2019 (from just 7 percent in 2016). According to Jubilee UK, interest rates on debt are continuing to grow rapidly: in just the 12 months of 2018, average bond yields for LIC and LMICs moved from 5.8 percent to 8 percent. At the same time, commodity prices have suffered a 10 percent decline. As a result, fiscal space is shrinking in 70 percent of low-income countries.

This, unfortunately, means that many countries are using their scarce fiscal space to repay debt, rather than invest in citizens and achieving the SDGs. It means progress in gender-responsive budgeting may stall or even reverse. For example, in Uganda’s upcoming 2019/20 budget, interest payments will be the second largest expenditure – while spending on key sectors (health, education and agriculture) will experience a 12 percent cut. This fiscal pressure increases the risk that some governments will do whatever it takes to raise revenue – but this can result in poorly designed or regressive taxes (such as social media taxes or borehole taxes).

The limitations of DRM, particularly for LICs, assessed by the studies above are very real – but strong political commitment to equitable tax policies and governance reforms can change the calculus for DRM. A recent Brookings study found that strengthening governance in Sub-Saharan Africa could help mobilize up to an additional $110 billion annually (more than double the $44 billion in aid to the region in 2016). And based on World Bank estimates, we calculate that reducing the use of tax incentives could raise an additional $211 billion in LIC and LMICs.*

But if rising debt costs are not addressed (restructured or reduced), such new revenues will not give governments the fiscal space they need to strengthen healthcare systems or pursue women’s economic empowerment programs. In fact, in some countries, interest payments already exceed government expenditures on health and education combined. This is a very troubling statistic – and an urgent reminder that governments (and its lenders) must be held accountable for how well debt dollars, tax revenues, and other public budget resources are used.

This is why civil society groups working on tax and budget issues need to be attuned to the changing nature and structure of debt. Civil society, journalists, and activists have more than proven their technical “chops” on budgets, aid, tax, and debt – but these networks need to build on each other’s strengths. The intimate connection among these fields is a self-evident truth, but that means unified efforts are needed.

The task of increasing and raising awareness to this reality is an essential one for civil society groups. Furthermore, civil society participation in the dialogues towards next generation DRM reforms and debt restructurings will be essential and is just starting. We need to leverage the different political spaces that each other have created. If we do this successfully, we can delegitimize poorly designed policies, such as unjust debt restructurings or social media taxes.

The sky is grey for development finance in the poorest countries. Stronger and more cohesive civil society efforts are essential to shine light on a different path – where governments embrace public finance responsibilities, not abandon them for more seductive and easier money.

*According to the World Bank report, reducing the use of tax incentives could raise revenue by as much as 2–3 percentages points of GDP, and as high as 5-6 percentage points in some countries. The authors’ calculation is based on GDP statistics from World Bank Open Data. In 2017, GDP (in current US$) in LICs and LMICs was collectively $7.053 trillion, and 3 percent of this equals $211.6 billion. Based on the highest estimate of 6 percentage points, revenues for LIC and LMICS would increase by $423.