It’s the Oil…or Is It? The Drivers of Poor Budget Credibility in Nigeria

by Jason Lakin and Samuel Atiku

Budget credibility is the ability of governments to accurately and consistently meet their expenditure and revenue targets. Many governments around the world struggle to implement their budgets, including Nigeria: the country’s federal budget was underspent every year between 2009 and 2016, with the share of underspending as high as 27 percent in 2016.

When we presented this data at a recent multi-stakeholder Budget Credibility Community of Practice meeting convened by the International Budget Partnership (IBP), massive underspending of the Nigerian federal budget was blamed on fluctuating oil prices and oil revenues. This is common when it comes to Nigeria, and many people, from those who know relatively little about the country to country experts, would be inclined to agree that volatile oil resources are at the heart of Nigeria’s broader political and economic challenges – and specifically, its failure to spend its budget.

But is this right? 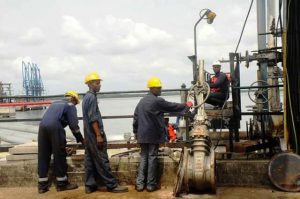 IBP and the Nigerian advocacy group BudgIT recently released a paper that attempts a comprehensive review of budget credibility challenges in Nigeria between 2009 and 2016. While we found that oil revenue does play a role in Nigeria’s low budget credibility, the majority of the problem is explained by other factors. Here are some of our key findings. Download our paper, That’s Incredible: The Contours of Budget Credibility in Nigeria to learn more.

These findings demonstrate that while oil is an important factor in Nigeria’s low budget credibility, the country also suffers from other typical budget formulation and implementation problems that cannot be blamed on oil directly. Of course, more research is needed to understand the nature and impact of low budget credibility in Nigeria. Future research should attempt to understand exactly which capital projects are driving poor budget credibility, and the extent to which these are projects inserted into the budget by the legislature or by ministries and agencies. We could also understand better the drivers of poor implementation when funds are actually available to ministries. Finally, we need to learn more about the impact of poor budget credibility on the geographical distribution of resources across the country and its impact on equity.