Crippling Debt: Transparent Lending and Borrowing Must be Part of the Solution

Even before the coronavirus crisis hit, many countries were already struggling with high debt payments. Jubilee Debt Campaign had calculated that government debt payments in developing countries had increased by 85% since 2010. Of the 15 countries with the highest debt payments, 14 have seen their public spending fall since 2015.

The unprecedented economic shock and global slowdown propelled by the crisis has collapsed the price of raw materials such as oil and copper, on which many economies depend. Many countries will be further hit by falling tourism revenues, loss of remittances and decreases in demand for exports.

The pandemic has also given rise to the largest capital outflow from developing countries ‘ever recorded’. This has led to a plummeting of speculator confidence in the ability of countries to repay their debts, leading to a dramatic increase in their future borrowing costs and the undermining of their ability to refinance their debt. 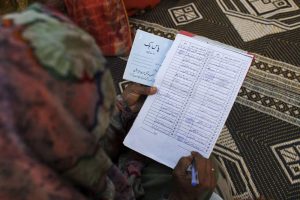 The debt burdens countries face going into this crisis follow a decade of rapid increases in lending. Since the Global Financial Crisis interest rates have been low across the Western world. This has led to large increases in loans to developing countries, as international financiers sought higher returns. Between 2008 and 2018 external loans to low- and lower-middle income governments increased from $70 billion to $166 billion. The largest increase came in loans from private lenders (up 240%), then other governments (up 190%) and finally multilateral institutions (up 50%).

Much of this lending has been clouded in secrecy. Most scandalously, there have been cases such as Mozambique, where the London branches of Credit Suisse and VTB gave three loans in 2013 and 2014 without Mozambique parliamentary approval, with two of the three loans kept secret until 2016. This $2 billion of loans has now plunged Mozambique into a debt crisis, with much of the money unaccounted for.

A lack of transparency on lending and borrowing across the board prevents funds from being tracked and governments and lenders from being held to account. For instance, most lending governments, whether Western governments or China, do not have a systematic way to publicise the loans they issue. Even where the existence of loans is public, crucial information such as the interest rate, other charges, and payment schedules are kept secret.

Similarly, commercial bank loans are often secret – a government may include them within their overall debt figures, but without any indication of what individual loans have been given and by who, never mind the key contractual terms. Bonds are a form of private debt that do tend to be more transparent, though the key terms are often only available behind expensive paywalls such as a Bloomberg terminal.

This secrecy happens despite the fact that transparency is good for citizens, lenders, buyers of debt and borrowing governments. Transparency is a key step towards loans being used responsibly, and the prevention of public resources being wasted, diverted or stolen. Without transparency, it is not possible for civil society, media and parliaments to hold governments to account on how much is being borrowed and for what purpose, or on the terms of contracts, including how they will be repaid and on what timeframe. The people of a country have the right to know about debt being taken on by governments in their name.

Transparency is also good for lenders. Lenders need to know what debts a government has, and what guarantees it has given, in order to assess the likelihood of a loan they are giving being repaid. Similarly, buyers of debt can make better decisions if they know the true debt situation of the country whose debt they are buying.

And transparency is good for borrowing governments. It ensures all stakeholders have a clear idea of a country’s debt burden, which decreases the risk attached to lending and could therefore in turn enable governments to secure lower interest rates.

The Open Budget Survey is right to issue a global call to action for ambitious attainable targets for fiscal transparency. Lending and borrowing are areas that need to be addressed, by both borrowing governments and lending institutions. For example, the survey finds that in budget proposals only two out of five countries show whether debt is owed to domestic or external lenders, never mind more detailed breakdowns of creditors. But it takes two to tango – where governments are not being transparent, lenders can either make transparency a requirement of loans, or refuse to lend in secret.

A lack of transparency is one of the reasons many countries faced large debt burdens at the start of the coronavirus crisis. To free governments up to spend on healthcare and social protection, debt payments coming due now need to be urgently cancelled.