COVID-19 crisis: a key moment to strengthen transparency and accountability in Guinea

The COVID-19 pandemic has hit us hard around the world, with many lives lost and a devastating social and economic impact. For my country, this crisis has been a stark reminder of the vulnerabilities of our social, health and economic systems. As the former Economy and Finance Minister for Guinea, my country’s budget accountability system, on which we rely to ensure that public funds deliver results -including protecting the most vulnerable – is of particular concern to me during the current crisis, when large sums of public money are being mobilized to fund emergency measures. I also believe this crisis is an opportunity, a decision point, a key moment for my country and others to strengthen transparency and accountability. For us, this pandemic could be a key moment to act in three areas. 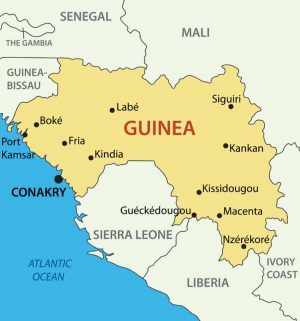 First, we need to digitalize our public sector, starting with the Finance Ministry, where full transparency can help safeguard our public resources and ensure they reach the intended beneficiaries during the current crisis. The latest Open Budget Survey (OBS), released by the International Budget Partnership (IBP) at the end of April 2020, found that some of the weakest aspects of budget transparency are the ones most critical for monitoring public resources during times of crisis. These include limited data on budget execution and debt as well as the absence of information linking government policies to budgets. Releasing this information through existing websites or budget portals can help our government share more information with the public almost immediately.

My hope is that, as in other countries, these reforms will increase transparency and make it harder for pervasive corruption to go undetected by fostering a constructive dialogue between government and civil society. This could help initiate a much-needed transformation of a public sector aimed to deliver better quality public service to our citizens and our economy. This is particularly important as there is indeed a growing demand for transparency in my country, partly as a result of past successful experiences between 2016 and 2018, such as the first release of a citizens’ budget handbook, first publication of quarterly procurement reports and new debt bulletins. These were welcomed by civil society organizations.

Second, we must be more resolute and practical in implementing local content policies. The Ebola epidemic had, at that time, shown how vulnerable we were, because of our high economic dependency. The lesson we drew, in the context of increased isolation, was to promote local content policies, which can have a positive impact on the domestic economy by setting aside a certain percentage of expenditure for training and employment in local communities, the procurement of goods and services by local businesses, and completing projects in the health and education sectors. We vowed to change the trend and indeed some key milestones were reached with the adoption of a local content policy in 2017 and the set-up of a sub-contracting agency in 2018.

Amid the current crisis, the case for local procurement and building on these achievements has only strengthened. At a time when support from foreign donors is uncertain and our economy is under strain, local content can enhance domestic resource mobilization by widening the tax base and promote inclusive growth by sharing our wealth and creating jobs. A greater reliance on local procurement does not, however, absolve our government of its responsibility to be transparent and accountable; rather, a shift toward local content should create the incentives for greater transparency and accountability to domestic constituencies over external actors.

Third, we need to foster participation of the general public as a way to both enhance civic participation and tap into the potential offered by all stakeholders in terms of thinking and implementation capacities. Many African countries have developed their economic stimulus plans. And for this, countries have involved the general public with varying degrees. In Guinea, for instance, the government did not consult widely. This is a paradox as many of the measures identified, largely aim to mitigate the impact of COVID-19 on the private sector and citizens.

The failure of government to adequately consult the public in budget decision-making is consistent with the latest findings of the OBS, which found that the global average for public participation in budget decision-making is a dismal 14 out of 100, with only two of the surveyed countries scoring more than the adequate score of 61. Still, there are encouraging signs that government, civil society, and the private sector can work together to create more space in the budget process for citizens’ voices.

In Guinea, a platform gathering private sector representatives is working to ensure that it is heard and included in a task force to be set up by government. It has already helped shape government’s actions by conducting and sharing outcomes of a survey and provided its inputs to government’s economic stimulus plan. As a next step, government should also consult with other sections of society, including the most vulnerable communities. This is important, because as IBP Executive Director Warren Krafchik put it, being “open and accountable” with public “budgets is not a luxury.” It is crucial in these troubled times and beyond.

While the pandemic has exposed the weaknesses of many African countries’ budget systems and processes, the current crisis is also an opportunity: By thinking creatively and acting decisively, governments can take steps to increase transparency, facilitate public participation, and improve accountability – and, in so doing, ensure that public spending delivers results.