In this section, we shine a spotlight on partners who are using budget advocacy to bring transformational change to their communities. This month, we talk with Jeanette Calder, Executive Director of Jamaica Accountability Meter Portal (JAMP). Jamaica is one of 23 countries where we are seeking to build the field of budget advocates. This work forms part of IBP’s Collaborating for Open and Accountable Budgets (COAB) initiative and is co-funded by the European Union in partnership with the Private Sector Organisation of Jamaica.

IBP recently hosted an event with JAMP about fostering open and inclusive budgets in times of crisis and beyond, as part of the IMF/World Bank’s CSO Policy Forum. We heard Jeanette talk about JAMP’s approach to strengthening the accountability system in Jamaica and the results they have seen, especially through digital tools to bridge the information gap and the gap in access to decisionmakers. The video recording is available here. 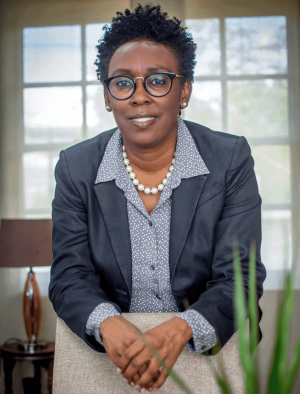 Q: What is the Jamaica Accountability Meter Portal (JAMP) and what prompted its creation?


A: JAMP is a not-for-profit organization dedicated to improving governance in Jamaica. We have three strategic objectives: First, to strengthen existing government accountability mechanisms; second, to educate citizens; and third, to encourage citizens to engage the government. We provide digital tools for citizens, the media, and other stakeholders to increase government accountability and bridge information and accessibility gaps. Our Account-A-Meter highlights and tracks breaches of government policy and regulations, our MP Tracker helps citizens monitor the performance of and provide easy access to parliamentarians, and our Legislative Tracker monitors the passage of key legislation, educating citizens about the process. Unless citizens begin to understand how the parliament works, they’re always going to be at a disadvantage in holding government to account. Each of these tools is in response to a deficiency we experienced as citizens.

Before JAMP, it was difficult for citizens, businesses, or civil society to access government information and officials. This made it challenging to identify and remedy problems in the delivery of goods and services. We have something called the nine-day wonder, which I’m sure is not unique to Jamaica. This is the idea that when citizens hear about something going wrong at the government level, we talk about it and spend a great deal of time on social media discussing it. We might even write an article to the local newspaper expressing our concern. But within nine days maximum, we usually move on to something new. JAMP is therefore intended to be the kind of tool that allows us to focus on a problem long enough to see it solved.

When I lived out of Jamaica for a little under five years, I constantly checked the news, social media, and the radio trying to connect to Jamaicans and find out what was happening at home. But even with the information in hand, I was limited in terms of what I could do. With the JAMP tools, anyone in the Jamaican diaspora has access to this information. It levels the playing field in a way that I find very rewarding.

We’re working on three new tools to complement our existing resource. One is a procurement tool dealing with transparency around the awarding of contracts in Jamaica. We have an amazing database of 14 years’ worth of contracts awarded in the public sector that we are using to create a data visualization tool to assist key stakeholders. The second tool is a digital version of the national budget. Not every citizen can hold a hard copy of the national budget in their hands, nor can they necessarily understand it. But we want them to have a tool that provides the level of granularity about government spending that not even the paper-based version carries. The third tool is a public bodies tracker using a real-time checklist to create an early warning system for government watchdog agencies working to combat corruption. Together with our three existing tools, we hope these resources will move the needle on tackling the mismanagement of public resources in Jamaica.

Q: How did your relationship with IBP begin?

A: What I’m about to say is something I have said about IBP many, many times before I even had the opportunity to interface with the organization one-on-one: IBP is my favorite international non-government organization. I say that because of the extent of the support I have received. In 2016, when I was trying to understand the importance of the national budget in effecting change in Jamaica, I was hired by the Institute of Law and Economics to produce Jamaica’s first citizens’ budget. At the time, a citizens’ budget had never been created. I had to learn about the national budget and then find a way to create a document that would guide other citizens.

In the process of trying to find my footing, I came across IBP’s website and I have no words to explain what a treasure it was at the time. The information extended way beyond budgets; it included everything related to proper financial management, whether at the central government or local government level. It opened my eyes to the fact that many of our concerns were not unique to Jamaica, something I found encouraging. So, IBP was a real wealth of information for me and helped me wrap my head around the big picture of proper management of a country’s finances and the challenges citizens face. There were also inspiring case studies about citizens who successfully engaged government and held it accountable. IBP became my classroom and continues to be a valuable resource for me

When I decided to create JAMP, I returned to the IBP website to seek inspiration from kindred spirits around the world. You have to start off believing that what you’re doing is going to succeed and that’s what the IBP website demonstrated – that citizen engagement can and does make a difference.

Q: What are your reflections on IBP’s Open Budget Survey and how it has influenced your work?

A: For the 2019 Open Budget Survey (OBS), I was simply excited for Jamaica to be assessed in the survey because we hadn’t qualified previously, meaning we hadn’t covered enough of the indicators to qualify as part of the survey. So even though Jamaica’s score is very concerning and nothing to be proud of, I have to say I was proud of the fact that we were even on the map – the IBP map. That was an indication that the country had, in fact, made progress.

Taking part in the survey process itself deepened my understanding of budget documents. There were questions I could not answer on the fly. Some questions required me to research and engage with government departments. It also gave me greater insight into other areas that JAMP could effect change

For me, the budget became not just a technical document that guided ministries, departments, and agencies about their spending priorities, but also a promise book. It became a family budget. It was no longer just a government document – it became a family budget. After learning to read a budget in 2016, I listened to the news and read newspapers differently. I could see the problems of Jamaica in the budget. I could see the priorities of the government. I could see the policy decisions. The bottom line is that I developed a greater sense of ownership of my country. Despite already being engaged as a citizen in advocacy work, learning to read the budget deepened my connection to Jamaica and my sense of responsibility to it and for it.

The OBS also deepened my understanding of the gaps in the accountability framework and the public management framework. It has allowed me to better assess where JAMP is going to have impact. Working towards a better score in the OBS is not merely about an improved ranking. It represents better governance and management of public affairs in Jamaica.

Q: You’ve previously described JAMP as a “citizens’ tool”. What are the challenges in having citizens fill the gap in Jamaica’s accountability framework?

A: Despite Jamaica having one of the world’s best ratings for freedom of expression and media freedom, citizens are still fearful of holding government to account – whether their fear is real or perceived. Moreover, most citizens are unsure what their role is in the accountability framework. In their minds, the Auditor General provides a report that goes directly to the parliament, and the public accounts committee then meets with different government departments to fix the problem. Citizens aren’t sure where they fit into that process. And when citizens don’t see changes and improvements taking place – less waste, fraud, and corruption – they may feel that their engagement would have no impact.

There is certainly a lack of awareness of the JAMP tools and therefore engagement is another challenge. We’ve had more users visiting our site than expected, but it has to go beyond visits to actually using the tools. Over the next nine months, JAMP will undertake an advertising campaign to spread the word about the tools with the goal of increasing engagement.