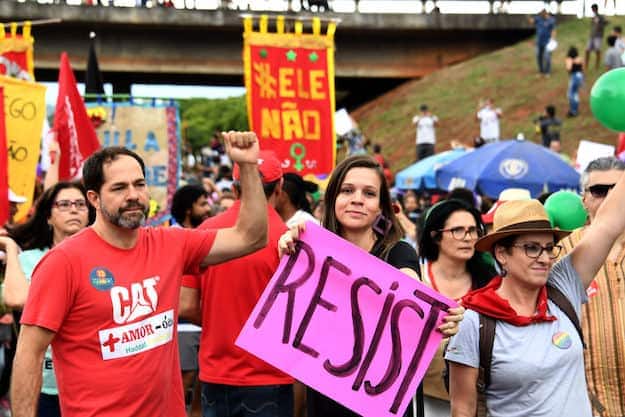 Fiscal Futures: Bolsonaro is Leading Brazil to the Abyss

Brazil recently had significant success in implementing measures to fight hunger and poverty and to improve the population’s overall living conditions. These measures were enabled by growing public investments in health, education, social welfare, agrarian development, and the labor market, among others. The GDP share of federal spending on social programs, for example, grew from 13.4% in 2005 to 15.7% in 2015. During those 10 years, there was intense participation by social organizations and movements in the drafting of public policy guidelines and objectives that took place in councils, commissions, conferences, consultations, and public hearings, as well as other mechanisms.

Expanding the coverage of public policies combined with the intensification of social participation contributed to a more than 60% drop in extreme poverty from 2004-2014. During that decade, income inequality fell by 10%, with the Gini Index moving from 0.570 to 0.515. The fall in inequality would have been even greater in recent years, but for Brazil’s extremely regressive tax system.

Things have drastically changed since 2015, when victories in redistribution quickly began to “melt into air” with the adoption of severe austerity measures to reverse the public deficit. The government also took initiatives to privatize public goods and services, deregulate the labor market, and boost fiscal incentives. One of the most drastic federal cost-cutting measures was the 2016 adoption of a constitutional amendment that froze public spending, in real terms, for 20 years. And additional budget cuts at the state and municipal levels undermined public services even further.

By spending less, the government and the National Congress made living conditions more precarious for millions of Brazilians. As a result, we have seen greater rates of unemployment, infant mortality, poverty, inequalities, homicides, and deforestation, among other social and environmental woes. The decline in public safety for millions of Brazilians, along with profound shortcomings felt by people in terms of representation, leadership, and the overall legitimacy of the political system, exacerbated their irritation and anti-system feelings to the point of electing a far-right government in 2018.

These same concerns have now intensified, as the first measures announced by the Bolsonaro government – inaugurated in January 2019 – have radicalized those austerity measures, torn apart important institutions that defend the rights of indigenous peoples, blacks, women, the environment, the climate, and others, intensified privatizations, and cut off dialogue with organized civil society by shutting down the national policy councils and other participatory mechanisms. We have the strong sensation that Brazil is becoming a Yellow Thule – one of the four scenarios of the Fiscal Futures Project. In this environment – from democratic backsliding to rising poverty and inequality – gains made in fiscal transparency and accountability are under severe threat.

To try to change the current power relations in benefit of the 99% we must face the fragmentation of our struggles and the hierarchy of our agendas. A popular development perspective needs to bring together class, socioenvironmental, and identity movements that put people at the center. For that purpose, it is fundamental that we spend more energy acting within the society than disputing the State in order to build a genuine popular pact in which the State is effectively at the service of its citizens.

In the transparency and accountability field, as civil society organizations we will act in support of alternative strategies to address public deficits with less of a burden on the poor, making those who have more pay proportionately more through progressive tax reforms, increasing taxes on higher incomes, wealth, profits, and dividends. Tax exemptions, which amount to 4% of the Brazilian GDP and bring few clear benefits, must also be urgently revised. Other pressing problems we must fight include tax evasion, tax avoidance, illicit financial flows, and corruption – all of which drain billions of reais from the treasury every year.

Our immediate task is to resist. Spaces for dialogue with the Executive have all but disappeared, and we need to protect ourselves against the growing criminalization of our organizations and actions. To that end, we will adopt different strategies. We will work with politicians who are more progressive and willing to fight for fiscal transparency and accountability to avoid backslides in human rights and democracy. We will be part of litigation activities to protect human rights. We will participate in campaigns and networks that fight for improvements in fiscal transparency and accountability at the international, national, and local levels. We will intensify our capacity building work on budgets and human rights and share tools with social movements to help them fight for their rights.

To bring Brazil back to its path towards more justice and equitable development in the long term, we need to rebuild the idea of democracy that has been eroded in recent times. We are already working with progressive politicians, sensitive bureaucrats (including the executive and judiciary branches), other NGOs, the unions, and the traditional social movements like rural, urban, and women among others. We will also work with the more recent social movements – LGBTI+, traditional communities, indigenous people, youth, black communities, black women’s movements, and movements for the democratization of communication – to revisit our concepts, methods, and practices since they’ve proven to be insufficient to deal with the current reality.

One of our biggest challenges is communication. In order to grow and get other players involved in our struggle for fiscal accountability and for the progressive realization of human rights, we need to innovate in our use of information and communication technologies to promote our causes while avoiding the big companies like Google, Facebook, etc. An important first step would be to call together activists, researchers, developers, designers, statisticians, and others at hackathons and jamborees to conceive our own social networks, built and run by us, based on our values. We can create wide-ranging collaborative digital tools (a mix of apps, sites, platforms, chats, virtual working groups, interactive capacity building, etc.) for public participation on fiscal justice policies.

Times are challenging in Brazil. Uncertainty and fear are prevailing, and injustice and violence are growing. The general feeling is that we are making strides towards the abyss. For our fights to improve fiscal transparency and accountability to make sense, we need to connect them to the progressive realization of human rights and to democracy in its different dimensions – representative, participatory, and direct – more than ever.

Nathalie Beghin is Head of Policy and Carmela Zigoni is a Policy Advisor at the Institute for Socioeconomic Studies (Inesc), a Brazilian public-purpose, non-partisan, democratic and pluralist non-profit organization working to strengthen civil society and enhance social participation in public policy-making. The authors would like to thank Warren Krafchik and Paolo de Renzio from IBP for their precious comments. 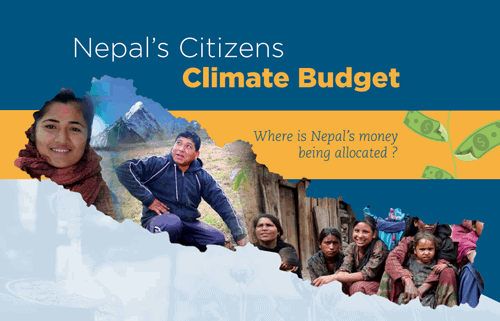 You are viewing the Bahasa translation of this post. View the English version here.

You are viewing the Spanish translation of this post. View the English version here.

You are viewing the French translation of this post. View the English version here. 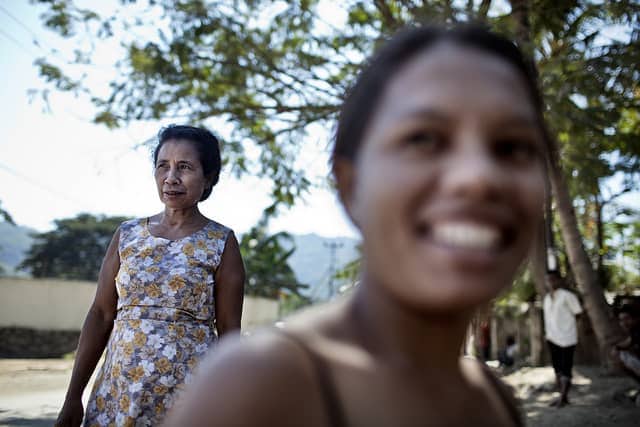 You are viewing the Bahasa translation of this post. View the English version here.