COVID-19 & Accountability in The Gambia 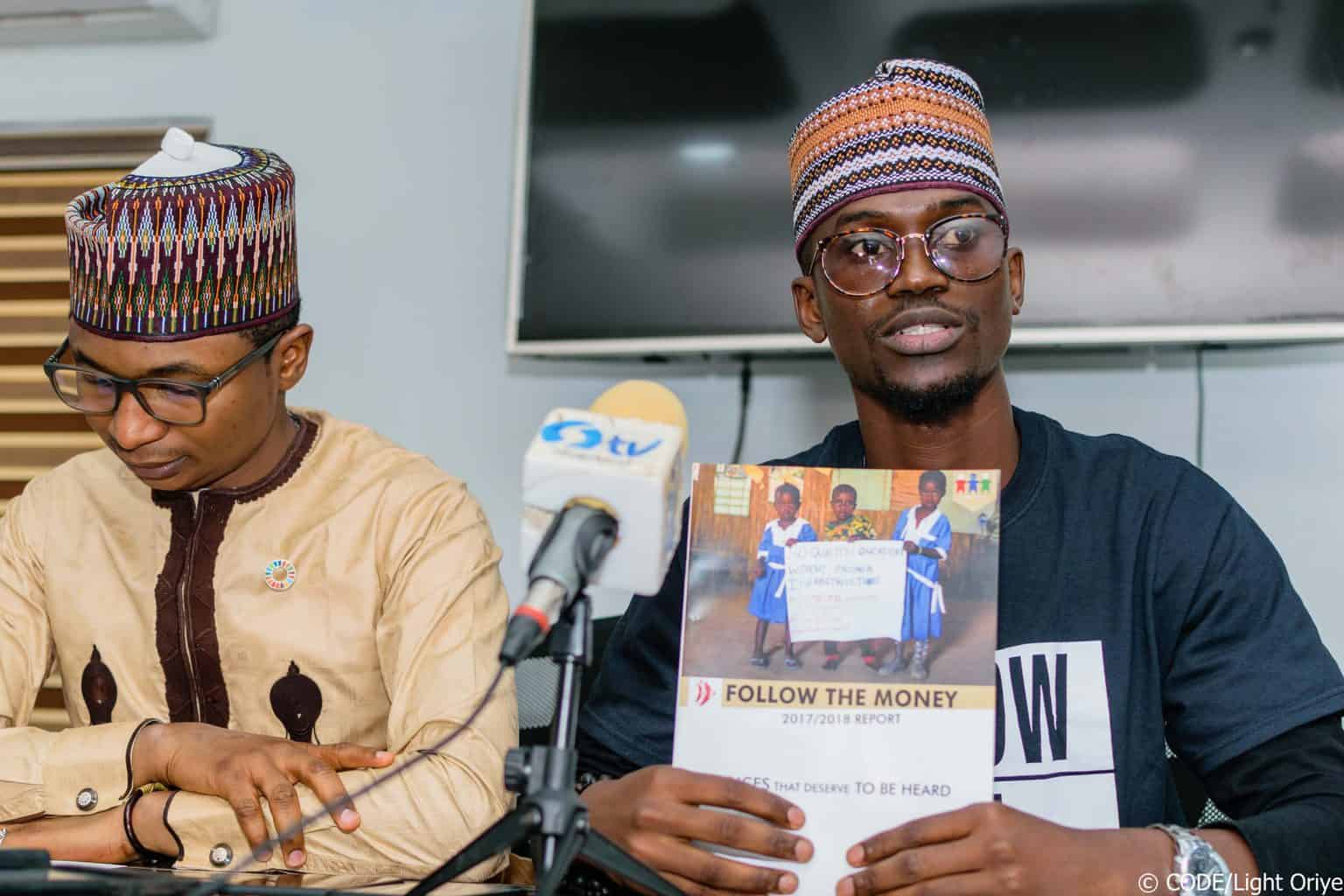 The Start of a Change Agent

After decades of dictatorship, The Gambia had its first transfer of power by popular election in December 2016. This election brought hope, but unravelling decades of dictatorial rule has proven difficult. Government funds earmarked for public projects often end up in the hands of individuals with connections to politicians or used to benefit special interests.

Ahead of the watershed 2016 election, Marr Nyang resigned from his job at a well-regarded law firm to embark on a grassroots voter education and engagement campaign. Following the campaign’s success, he established Gambia Participates as a civil society organization to bolster good governance.

“I started Gambia Participates because I realized there were no organizations promoting fiscal transparency, doing anti-corruption work, or bringing the public into the fold,” Nyang said. “It was only done at the government level and inconsistently. I decided to start Gambia Participates in 2016 during that toxic political environment. After the change in government, I started pushing for fiscal discipline, transparency, and accountability. Fast forward and we’ve seen great improvements, but also have big challenges when it comes to the mismanagement of public wealth.”

The organization works to ensure budget transparency and a budget that “reflects the needs and aspirations of the people,” as Marr puts it. They also monitor and hold the government accountable for how it spends the budget. Over time, they have successfully nudged the Gambian government, and the Ministry of Finance in particular, to improve governance standards and budgetary reporting.

In December 2020, as part of its work to monitor and hold the government accountable, Gambia Participates sued the National Assembly for violating the budget process by forcefully inserting a US$1 million loan scheme for Members of Parliament in the 2021 budget. On 4 May 2021, the Supreme Court declared the move unconstitutional and the loan scheme was consequently removed from the enacted budget.

The Open Budget Survey as a Vehicle for Reform

The Open Budget Survey, published by the International Budget Partnership (IBP) in collaboration with partners in close to 120 countries around the world, helps local civil society assess and confer with their government on the reporting and use of public funds. The Gambia took part in the Open Budget Survey for the first time in 2019 thanks to Gambia Participates and its dynamic leader. 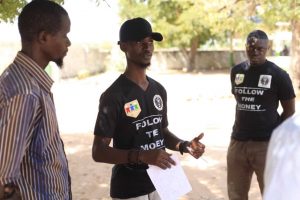 Since the country took part in the survey, the government signalled a willingness to make its budget documents more transparent. For the first time, the Ministry of Finance published the Executive’s Budget Proposal (EBP) on time and well before the enacted budget was approved. The EBP is the national budget that is tabled before parliament and is widely considered to be the government’s most important annual economic policy statement. Timely publication of the EBP is critical, as it can enable the public and CSOs to make submissions on their needs and priorities to their elected representatives before the budget is approved into law.

Prior to this, the EBP had only been made available in hard copy for the Ministry of Finance and National Assembly. By making the EBP and other such documents available to the public, the Gambia demonstrated its support for informed public debate on the budget. Furthermore, this is one of the key criteria used to assess and rank countries in the Open Budget Survey. The government also published the 2019 budget on the Ministry of Finance website for the first time.

These are significant wins for the people of The Gambia and for advancing global transparency norms. “I believe the Open Budget Survey was a wake-up call for the government to acknowledge its weaknesses and work towards improving them by collaborating with civil society,” Marr said. “In partnership with IBP we realize it is important for there to be a standard roadmap to ensure increased budget transparency, citizen participation in the budget, and accountability around the budget process.”

When COVID-19 hit, Gambia Participates leveraged the skills learnt from conducting the Open Budget Survey to analyze how COVID-19 emergency funds were being used and to hold the government accountable.

Pivoting during the Pandemic

The COVID-19 pandemic was the ultimate test of good governance in the country since the end of dictatorial rule. As the virus spread, the government created a $10 million emergency response fund to provide the medical sector with the tools to keep the pandemic under control. Gambia Participates leveraged the skills and knowledge obtained from its work on the Open Budget Survey to track where and how the emergency funds were being spent.

As the investigation into COVID-19 spending unfolded, field workers from Gambia Participates began noticing a lack of personal protective equipment among frontline workers throughout the country. They also discovered hospitals in major population centers lacked basic items, like overhead thermometers. Frontline workers that Gambia Participates interviewed said funds had been mismanaged just as they had been during the Ebola crisis of 2014-16.

Gambia Participates published an investigation titled “Corona, The Gambia, and the Millions,” in which it detailed the misappropriation of emergency funds. According to the investigation, only $3 million of the $10 million emergency fund had been spent. Moreover, much of the money that was spent had gone to “motor vehicles and hotels while treatment centers and isolation centers are in dilapidated conditions.” 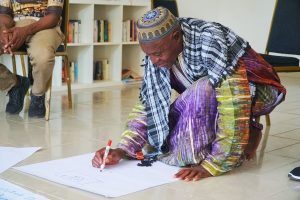 The Gambian Ministry of Health cooperated with the investigation and publicly reported that the emergency funds had been spent on the procurement of medical equipment, the refurbishment of health facilities, as well as vehicles, training, and hotel accommodations for quarantined individuals. Field workers from Gambia Participates, however, painted a very different picture.

Everywhere they visited, health workers and stakeholders complained of a lack of training on COVID-19 protocols; unfurnished isolation centers; inadequate sanitary materials; fraudulent names on the list of frontline workers eligible for hardship allowances; and, above all, a lack of preparedness. In the initial phases of the emergency response, there was no plan or budget in place to determine the actual expenditure of funds.

Using the findings as a springboard, Gambia Participates offered policy reforms designed to prevent public sector corruption and strengthen the public finance sector and health facilities. While the Ministry of Health acknowledged the accusations of corruption and misuse of funds, it is yet to present solutions.

In January 2021, Gambia Participates, with support from IBP, held a workshop with key stakeholders from the Ministry of Finance, the National Assembly, civil society organizations, and the media to identify opportunities for improving fiscal transparency, budget oversight, and public participation in the national budget. Participants reviewed recommendations from the 2019 Open Budget Survey and reflected on gaps in the budget process that hindered the country’s performance.

The outcome was a detailed roadmap that included a budget calendar to facilitate predictability and planning for the fiscal year. “When we designed the roadmap, each institution and stakeholder presented their challenges and opportunities, and then we discussed how to advocate for the roadmap to be part of the budget process,” Marr said. Gambia Participates sent the roadmap to the Ministry of Finance and the national audit office to ensure officials included it in their budget plans. All three stakeholders will hold discussions about how the government can start implementing the roadmap to fill in the gaps it has in budget transparency and public participation, and how Gambia Participates can collaborate with the government to implement the roadmap’s recommendations.

The tide is starting to shift in The Gambia when it comes to public access to and scrutiny of budget decisions. Between Gambia Participates’ scrupulous work and the government’s willingness to improve, attention is focused on building long-term budget practices that will prepare the country for the next public health or other crisis.

“The national budget is central to the socio-economic development of a country,” Nyang notes. “It is crucial for citizens to have a say in the budget process and to mainstream their priorities, which we continue to do at Gambia Participates by facilitating discussion between government officials and the electorate before and after the budget is approved.”

With IBP’s support, the work carried out by Gambia Participates demonstrates that when civil society is properly equipped, open budget practices can be championed even during the immensely challenging conditions of a pandemic. When community-led organizations galvanize citizens to hold their governments accountable, the voices of those most in need are centered.