Aid, Rents and the Politics of the Budget Process

This paper analyzes the impact of political institutions and budget governance in aid- and resource-dependent countries. Budget governance refers to the quality of budget outcomes, such as the government’s ability to produce sustainable public finances over time, make efficient use of government resources, and represent citizens’ priorities. The paper discusses some of the challenges of measuring budget governance in aid- and resource-dependent countries. It also focuses on the extent to which countries can produce sustainable fiscal balances over time. 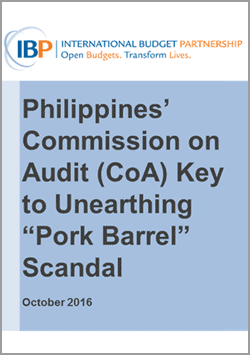 The “pork barrel system” of lump sum grants to members of the Philippines Congress to fund a list of community-based or small-scale infrastructure projects was revived during President Corazon Aquino’s administration and operated under a series of programs, most recently through the Priority Development Assistance Fund (PDAF). Two unrelated investigations in 2012, ­one by the National Bureau of Investigations (NBI) and the other by the Commission on Audit (CoA), shed light on the misuse of the PDAF by members of congress, government officials, and NGOs. The CoA report, together with testimony from a whistleblower, provided key information that resulted in the arrest of three high-ranking senators; the indictment of several members of congress, government officials, and NGO practitioners; and the Supreme Court’s declaration of the PDAF as unconstitutional.

This case study examines the impact of the CoA’s findings. 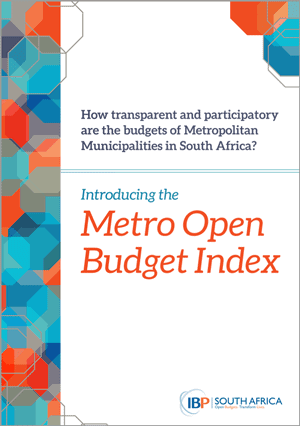 An Introduction to the South Africa Metro Open Budget Index

How transparent and participatory are the budgets of Metropolitan Municipalities in South Africa?

Evidence from around the world shows that when there is public participation in public finance decision making and oversight, it can lead to better policy choices, deeper public trust in government, and stronger accountability over the actual use of public money to provide services on the ground. Such participation, however, is only meaningful when the public has access to information about the government’s plans, activities and the fiscal constraints it faces. 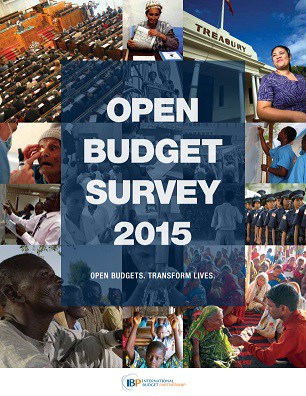 The International Budget Partnership’s Open Budget Survey (OBS) is the world’s only independent, comparable measure of budget transparency, participation, and oversight. The Open Budget Survey 2015 examines 102 countries from around the world, measuring three aspects of how governments are managing public finances.

The Open Budget Survey 2015 finds that 98 of 102 countries surveyed lack adequate systems for ensuring that public funds are used efficiently and effectively. Each of these 98 fall short on at least one of the key pillars of budget accountability: budget transparency, public participation, and formal oversight. Thirty-two countries fall short across all three pillars. Download resources below to learn more.

The Open Budget Survey 2015 full report is the most comprehensive resource available for download. It includes information on the research methodology, key findings, country rankings, and more.

This abbreviated summary focuses on key findings from the Open Budget Survey 2015.

The Open Budget Index 2015 assigns countries a transparency score on a 100-point scale using 109 questions from the Open Budget that focus specifically on whether the government provides the public with timely access to comprehensive information contained in eight key budget documents.

Learn more about the research methodology used for the Open Budget Survey 2015.

The results for each country in the Open Budget Survey 2015 are based on a questionnaire, comprising 140 questions, that is completed by independent researchers typically based in the country surveyed. Almost all of the researchers responsible for completing the questionnaire are from academic institutions or civil society organizations that have a common interest in promoting transparent and responsive budgeting practices in their countries. Researchers were also provided the Open Budget Survey Questionnaire Guidelines which described the method to be used in completing the questionnaire and defined the types of evidence to be provided. 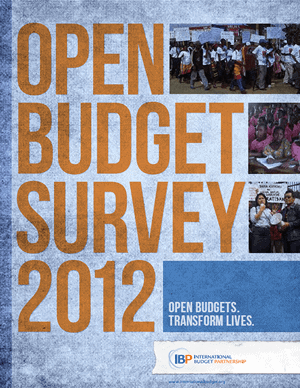 The Open Budget Survey 2012 included 100 countries. Independent civil society researchers or research organizations collected the data, which was peer-reviewed and further analyzed by IBP staff. In addition, governments were given the opportunity to comment on the draft results for their country.

The Open Budget Survey 2012 included four methodological changes from previous rounds that are worth highlighting:

Though findings indicate that the state of budget transparency around the world is generally dismal, there has been progress. 2012 Survey evidence suggests that any country, irrespective of geographical location or income level, can perform well on budget transparency. The importance of a government’s political will to achieve better budget transparency cannot be overstated.

This abbreviated summary focuses on key findings from the Open Budget Survey 2012.

The Open Budget Index 2012 assigns countries a transparency score on a 100-point scale using 95 questions from the Open Budget Survey related to the amount of budget information made publicly available in the eight key budget documents.

Learn more about the research methodology used for the Open Budget Survey 2012.

The Open Budget Survey 2012 Questionnaire consists of 125 factual questions completed by independent researchers in the 100 countries. The bulk of the questions focus on the amount of budget information that is made publicly available in eight key budget documents.

IBP provided researches in each of the 100 countries with the Survey questionnaires as well as a Guide to the Open Budget Questionnaire, which described the method to be used in completing the questionnaire and defined the types of evidence to be provided.

Video: Learn more about the Open Budget Survey 2012 and why budget transparency is important.