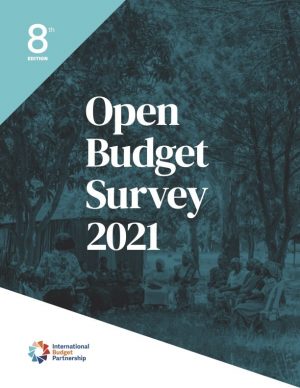 This chapter reviews the relevance of multi-year budgeting and expenditure programming instruments for developing and transitional economies.

The Chapter examines the meaning of performance, methodological problems of measuring and monitoring, and alternative approaches.

Reporting is a crucial part of planning and policy formulation, and it is also important for transparency. This publication gives an overview of reporting, including its objectives and basic principles.

The Budget and its Coverage

A chapter of the ADB report on Public Expenditure Management (PEM) on the need for a comprehensive budget coverage.

This chapter of the Asian Development Bank report on Public Expenditure Management (PEM) relates to the processes and mechanisms that are necessary for transparency and the efficient use of resources.

The Programming of Public Investment and the Management of External Assistance

The first section of this chapter describes public investment programs, and the second section summarizes lessons learned from the experience of managing external assistance.

The paper reviews the range of social policies that have been adopted by the government of Croatia since independence together with those that have been retained from the socialist past, and discusses the possibility for improvement. The paper concentrates on issues of social security and employment.

Politics, Transaction Costs, and the Design of Regulatory Institutions

Providing a realistic framework for assessing the efficiency of government intervention requires viewing the government not as a monolithic entity but as a number of different government bodies, each with its own constituencies and regulatory tools.

The Role of Parliament in the Budget Process

Why are some parliamentary systems able to affect greater changes in the budget than others? This article investigates the role of parliamentary amendment powers in the budget process from a comparative perspective. Its primary purpose was to contribute towards the South African policy-making process.

On Liberty, the Right to Know, and Public Discourse: The Role of Transparency in Public Life

The paper argues that in democratic societies, there is a basic right to know and to be informed about what the government is doing and why.