Budget Brief No. 33 – Parliament and National Treasury: How are They Playing Their Roles in Kenya’s New Budget Process? 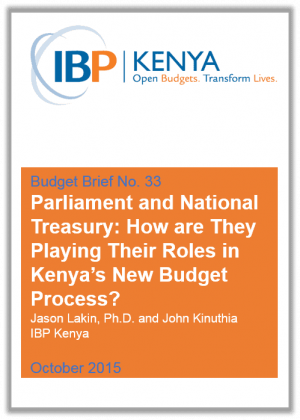 This brief examines how the National Assembly and Treasury interacted during the formulation and approval of Kenya’s 2015/16 budget to determine how they are adapting to these new rules.
Download the complete Budget Brief here »