Explain that to us: how governments report on and justify budget deviations

In 2018, the International Budget Partnership set out to learn more about budget credibility – the degree to which governments implement their budgets. Budget credibility challenges arise all over the world, in a wide range of sectors and programs. This report summarizes budget credibility research undertaken in partnership with 24 civil society organizations in 23 countries between October 2018 and January 2019. Each partner organization identified a budget credibility challenge in their country and scrutinized a case where the government consistently failed to raise or spend funds as it said it would at the start of the fiscal year. Partners looked for explanations for deviations in published documents and then sought interviews with public officials to further understand the deviations.

Given the degree to which budget deviations can impact major social priorities in health, education, and beyond, it is essential that governments communicate about them. While our findings show that most governments fail to publish adequate explanations for budget deviations, they also suggests that doing so is possible and relatively easy. 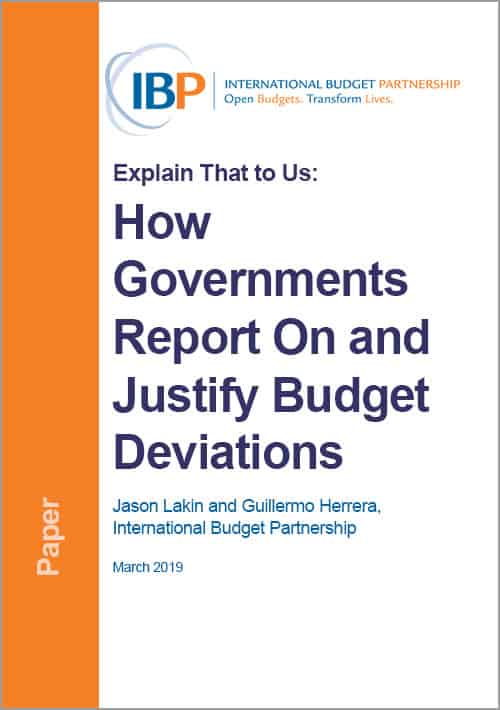