What do Kenya’s Budget Implementation Reports Tell Us about National Government Spending in 2015/16? 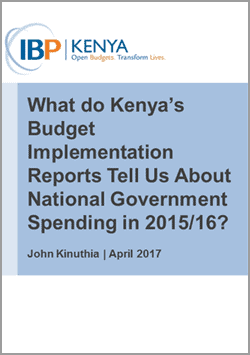 Findings discussed in this paper include: