Mexico: The long fight to improve transparency and address the inequities of tax amnesties

Fundar, created in 1999, is a Mexico City-based civil society organization that advocates for democracy, social justice, and human rights in Mexico. Through research and advocacy campaigns, Fundar builds support for policy changes and institutional reforms that advance these goals—including by monitoring public budgets. Its main areas of work are defined as fiscal justice, human rights, land rights and anticorruption. In 2009, the organization began a decade-long campaign to improve transparency around tax amnesties, calling them “fiscal privileges” and highlighting their negative impact on equity. In its campaign, Fundar deployed multiple advocacy strategies, including a long battle through the courts as well as a sustained mass media push and legislative advocacy.

Compared to peer countries, Mexico collects a limited amount of taxes: a total of 16.1% of GDP in 2018, compared to an average of 34.3% in OECD countries and 23.1% in Latin America. This low collection rate is due to a combination of widespread evasion, a large informal sector, and weak enforcement. In addition to being regressive in its impact, core features of the Mexican tax system contribute to low revenue collection: a majority of collected revenue comes from consumption taxes, and the various direct taxes assessed on income and wealth are characterized by low top rates and wide exemptions. Residents lack trust in the tax authorities, perceiving the system to be unfair and unequal.

In recent years, these problems have been exacerbated by successive incoming governments’ use of tax amnesties. These programs offer certain delinquent taxpayers the ability to have their tax debts forgiven in exchange for a reduced upfront payment. In principle, these programs can generate additional short-term revenue and bring taxpayers back into the tax net. But particularly where these “fiscal privileges” (privilegios fiscales) become repeated events, taxpayers come to expect them—generating perverse incentives and sharply reducing routine compliance and future revenue. Indeed, between 2000 and 2013, each new Mexican President began their six-year term with a new tax amnesty.

These tax amnesties were characterized by a lack of transparency: public officials initially refused to release even the total amounts of debt forgiven. It is now known that one quarter of the total tax forgiveness (between 2007 and 2018) was awarded to a very small group of fifteen taxpayers. Authorities also refused to disclose the names of those benefiting from the fiscal privileges, citing the need to protect personal tax information.

After an unsuccessful citizen petition for the release of names of beneficiaries from tax amnesties filed in 2009, Mexican tax scholars began to debate tax amnesty disclosures. Fundar requested that the tax administration release the names of the people who had benefited from the 2007 amnesty program. After this petition was denied, the organization—having recently developed technical capacity to pursue strategic litigation—opted to file a judicial lawsuit rather than an administrative appeal. The case advanced to the national Supreme Court, which in 2012 ruled against public release on constitutional grounds. Nevertheless, the case acknowledged the possibility that the public interest might in certain cases trump the right to privacy, a central part of Fundar’s argument for releasing tax information. Although it did not secure the release of the desired information, this legal challenge brought significant media attention to the issue and helped Fundar develop a strategic alliance with an autonomous government agency (INAI) responsible for promoting government transparency.

In 2013, a new government again approved a tax amnesty program. This time, however, the program was followed with a package of reforms limiting tax secrecy; this legislation expressly allowed the tax authority to publish the names and tax ID numbers of amnesty beneficiaries. Nevertheless, the tax authority again refused to release this information. In 2015, Mexico enacted a series of constitutional reforms on transparency. Fundar and INAI successfully argued for the inclusion of specific guarantees regarding the authority’s obligation to release information about tax amnesty beneficiaries.

Importantly, the reforms also granted INAI new powers to force agencies to release information and prompted Fundar to initiate a second round of strategic litigation. In addition to opposing their arguments in court, the tax authority sought to circumvent Fundar’s efforts by encouraging beneficiaries to file legal petitions to stop the release. The federal judiciary was inundated with petitions, and the judicial court was forced to consider whether the public’s legal right to transparency conflicted with the beneficiaries’ constitutional privacy protections. While this was playing out, Fundar launched a communications campaign to draw public attention to the issue and pressure the judiciary, including by developing a simple slogan—branding tax amnesty as “inexplicable benefits for a few”—and partnering with an investigative news agency to educate the public on the issue, highlighting the benefits of additional spending that tax amnesties were preempting. 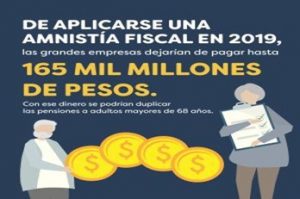 Following the 2018 elections a new administration assumed power, promising not to repeat previous governments’ bad practices—including tax amnesty programs. In May 2019, influenced by the success of Fundar’s campaign, new President López Obrador issued a decree stating that there would be no tax amnesty programs in the future. A few months later, Fundar obtained a court ruling establishing that tax authorities must disclose the beneficiaries of tax amnesties. As a result, Fundar finally received the information it had first requested a decade prior, which it then posted to its website in downloadable format. The release of this information—which revealed that a number of Mexico’s wealthiest and well-known people had obtained forgiveness of great sums—sent “shockwaves” through Mexican society, with citizens flooding social media with images of the beneficiaries’ lavish spending. A constitutional reform ostensibly prohibiting future tax amnesty programs was introduced and adopted in February 2020.

By any measure, Fundar’s campaign against fiscal privileges was a clear and notable success. Persevering despite failures along the way, the organization not only attained its original goal of securing the public release of information about the beneficiaries of past tax amnesties, but its efforts also resulted in a new commitment—now enshrined in the Mexican constitution—not to offer discretionary fiscal privilege programs in the future. In the decade following its 2009 petition, Fundar was able to place within the public debate a topic that previously had been of interest to only a very small group of academic researchers. Over time Fundar managed to build a bridge between the public and governmental authorities, serving as a kind of social intermediary.

Its long campaign advanced not only the specific goal of tax transparency, but also the broader cause of equitable fiscal policy. Through its efforts to highlight the unfairness of tax amnesty programs’ concentrated benefits, Fundar educated the public about the importance of being able to see precisely not only how the state spends public money, but also how it collects it. Their efforts made the issue of economic inequality in the country more evident and demonstrated that while some benefited from tax amnesties—often with no apparent reason—others regularly met their tax obligations.

The success of Fundar’s tax transparency campaign highlights the importance of effective partnerships with government transparency champions, the sustained pursuit of strategic litigation across various legal forums, a simple messaging strategy that highlights the benefits of public spending, and persistence.

Both Fundar and INAI benefited from their strategic alliance. Fundar provided technical advice that helped INAI expand its interpretation of the public’s right of access to fiscal information, as well as its own legal authority—directly leading it to issue interpretive criteria regarding tax transparency. In turn, Fundar benefited from having a credible public ally on this issue and received some help with its legislative advocacy during the 2015 constitutional reforms on transparency.

This campaign also demonstrated the potential value of sustained strategic litigation for CSOs operating in democratic settings who have or can acquire the necessary expertise,. Although their initial legal challenge was unsuccessful, that action helped advance Fundar’s goals by drawing public attention to the issue and spurring legislative reform. These reforms, in turn, expanded the public’s right to tax information and made it possible for Fundar to succeed, years later, in its second challenge. Other groups may benefit from similar investments in technical capacity to carry out strategic litigation in various forums.

Finally, this campaign demonstrated the persuasive power of a clear and straightforward communications strategy: that of repeating a simple message that citizens could relate to. In its public campaigns, Fundar opted not to explain in detail the pros and cons of tax amnesties; rather, it emphasized the benefits that the population would enjoy—better hospitals, better schools, better social programs—if large companies and wealthy individuals paid the taxes they owed. Fundar thus was able to translate its technical knowledge into a message that resonated with the wider public—helping them to demand transparency and accountability from government authorities. 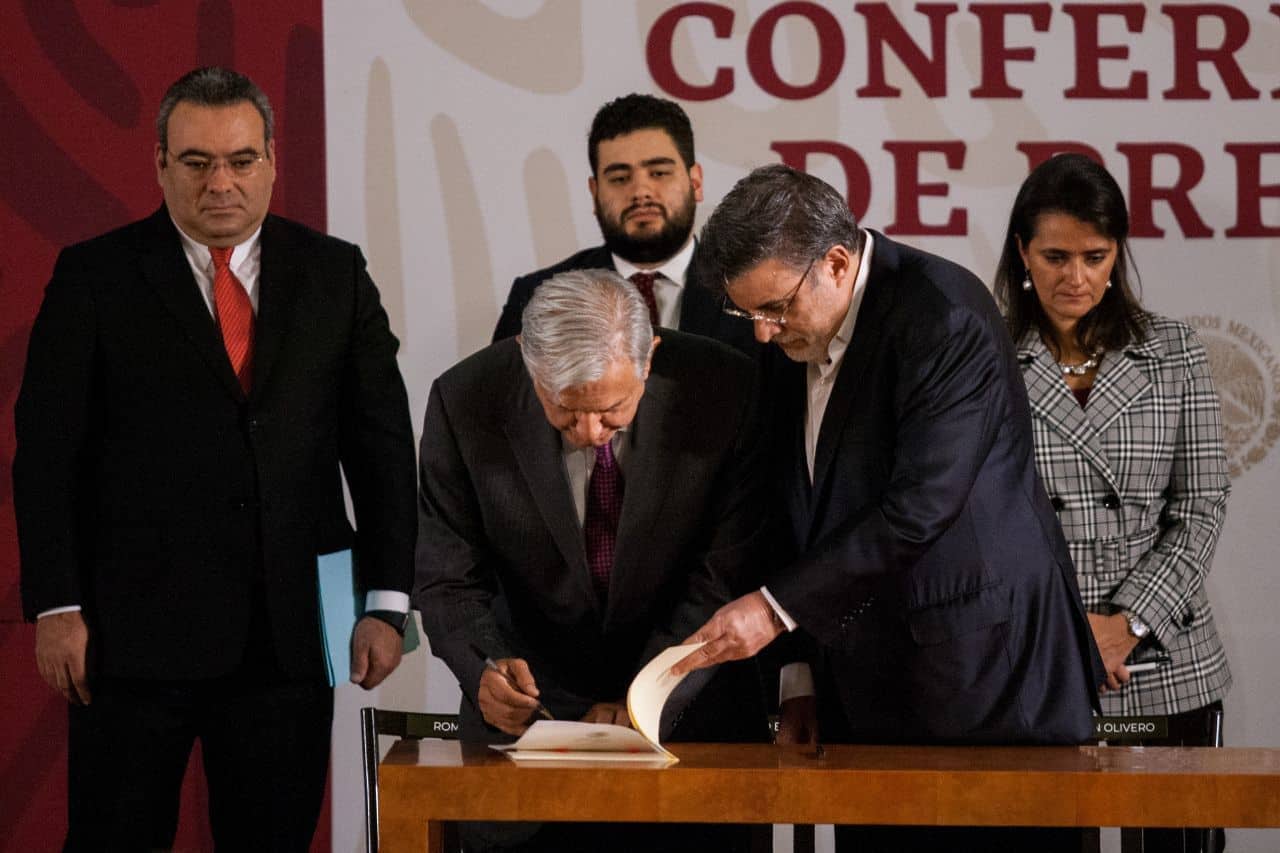