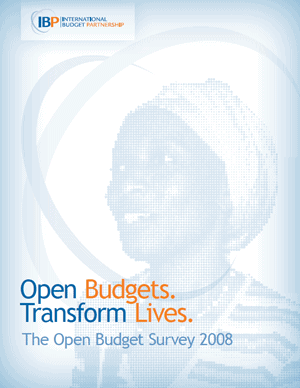 The Open Budget Survey 2008 found that in most of the countries surveyed the public does not have access to the comprehensive and timely information needed to participate meaningfully in the budget process and to hold governments to account. Download resources below to learn more.

This abbreviated report focuses on key findings from the Open Budget Survey 2008.

Learn more about the research methodology used for the Open Budget Survey 2008.

IBP provided researches in each of the 85 countries with the Survey questionnaires as well as these guidelines which described the method to be used in completing the questionnaire and defined the types of evidence to be provided.