The Road to Budget Transparency in Mexico

In the 2006 and 2008 rounds of the Open Budget Survey, Mexico’s Open Budget Index score fell in the middle range. However, beginning in 2009 the Mexican Ministry of Finance started taking budget transparency seriously, which was reflected by an increase in Open Budget Index scores in the 2012 and 2015 rounds. This case study examines why the Mexican government decided to enhance fiscal transparency and which actions were put in place both to start and to maintain the upward trend. 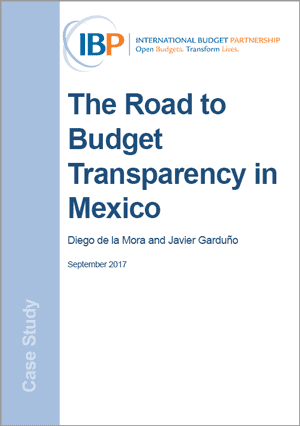