Subnational budget documents deal with items and expenditures that are particularly visible and tangible for citizens. In this sense, subnational budget transparency has the potential to provide answers to basic questions such as what happened to central government funds at the local level and whether plans to build a new neighborhood school, or carry out local road works were actually implemented.

Recognizing the importance of subnational transparency as well as the scarcity of academic and policy literature on the subject, the International Budget Partnership commissioned ten pilot studies in 2011. Research organizations in Argentina, Brazil, Bolivia, Croatia, Ecuador, India, Indonesia, Mali, Mongolia and Peru countries were assigned to analyze the state of subnational transparency in their country and were instructed to develop their own methodology. This paper synthesizes the findings of these studies. 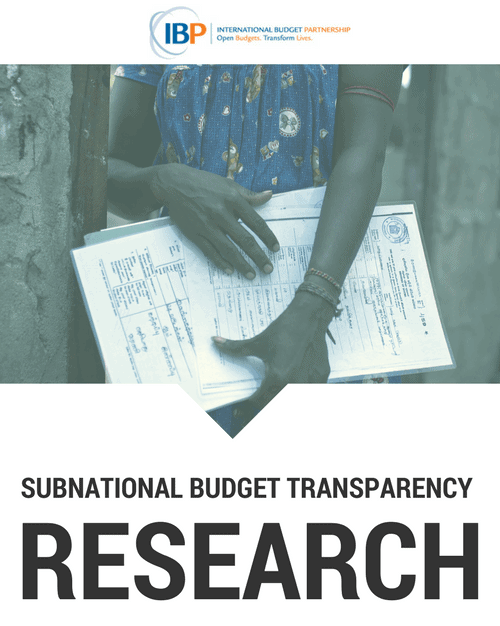