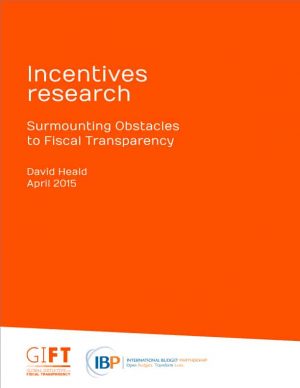 In many democratic societies it has become unfashionable to oppose transparency claims in any context. This leads to confusion and misrepresentation, as almost anything can be urged with an appeal to transparency. However, the language used is important. Fiscal transparency is only one aspect of the ‘transparency agenda’: very little should be taken at face value. There is an uncomfortable tension between transparency (which sounds good) and surveillance (which can sound threatening), with significant implications for the behavior of particular actors in the fiscal policy process. Although the relationship is not straightforward, transparency can be viewed as a necessary underpinning of government accountability.

This paper posits that the discussion of ‘Incentives for Fiscal Transparency’ requires both an understanding of the obstacles to fiscal transparency and an awareness that there is no magic recipe: context is massively important. 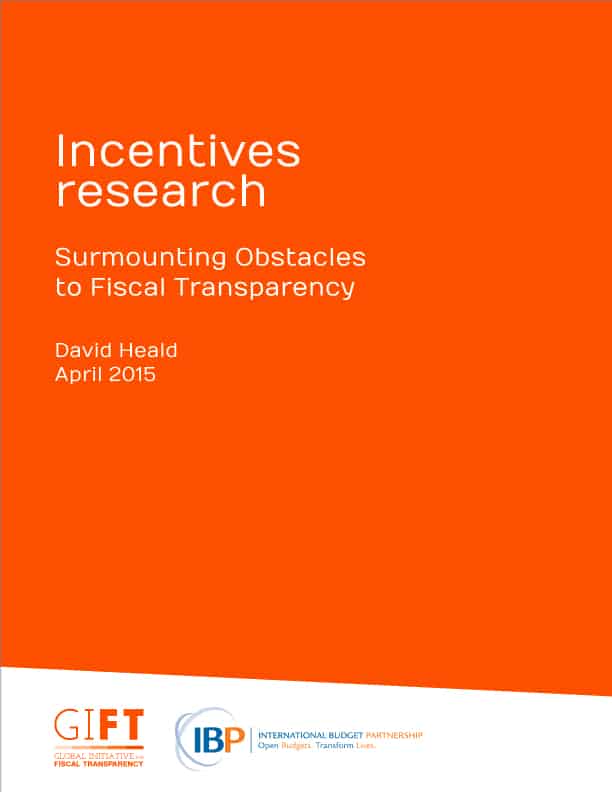