Fiscal policies — how public resources are raised and spent — are governments’ most direct tool for addressing inequality. Latin America has been distinguished by high levels of inequality dating back to the colonial period. There are disparities within the region as well, with the tax systems of some countries, such as Argentina and Brazil narrowing inequality, while those of others, such as El Salvador and Honduras, serving to widen the gaps.

This paper (available in English and Spanish) explores one aspect of tax policy — tax expenditures — and its impact on inequality in Latin America. Tax expenditures are provisions that reduce the amount of tax that is paid by providing special treatment to a particular class of individual, industry, or activity. They can impact inequality directly, by giving preference to certain groups over others, or indirectly, by reducing the revenues available for redistributive spending. Tax expenditures are significant in the Latin American context because of the magnitude of the revenue loss they cause and the resulting impact on public spending. They also affect the distributional impact of a tax system; that is, whether taxes are disproportionately paid by the wealthy or by low- and middle-income households. 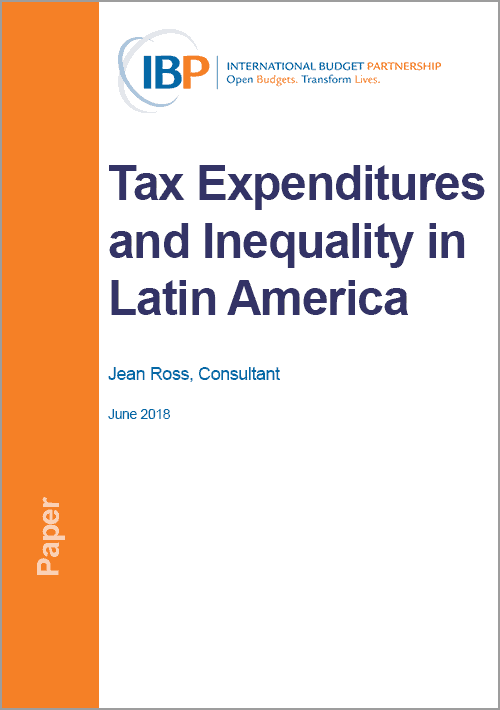