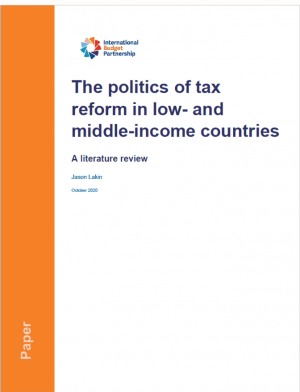 This paper surveys the literature on the political economy of domestic tax reform, with a focus on low- and middle-income countries. The review looks at the main players involved in the politics of tax reform, the way in which the substance of tax reform shapes political forces, and the process by which taxes are eventually reformed, including how the reforms are framed and understood. Download the paper.