Through our Strengthening Public Accountability for Results and Knowledge (SPARK) program, we partner with grassroots groups and budget analysists to increase access to and quality of services for people with disabilities and improve sanitation services in informal settlements in key districts.

People with disabilities in Senegal are three times less likely to access health and social services and face social bias and stigma that results in further marginalization. To address these challenges, the government created the Equality Opportunity Card (EOC) which grants access to free or subsidized services, including health. However, since 2017, inefficient production and delivery of EOCs has led to the exclusion of 20,000 people with disabilities from accessing their benefits. The government has committed to producing 10,000 cards per year until 2021, however, cards were not produced in 2018.

In Senegal, populations living in informal settlements where IBP intervenes have scant access to basic sanitation services. To address this challenge, the government enacted an ambitious solution called “the 10 cities program,” which, in IBP’s main intervention area of Pikine, aims to connect close to 3000 households to the sewage system at a subsidized rate and build toilets in public areas. However, individuals in marginalized and poor communities have not benefitted from the program due to the mistargeting in demand generation and an ineffective payment mechanism.

Partnering with the Senegalese Federation of Associations of People with Disabilities, SPARK will work towards mainstreaming a multi-sectoral approach to disability benefits that encompasses everything from free transportation and healthcare to sanitation and education. SPARK’s goal in Senegal is for people with disabilities to share a common agenda with non-disability organizations to elevate and propel the conversation on challenges faced by people with disabilities.

Operating in informal settlements, SPARK seeks to improve vulnerable families’ access to and funds for public sanitation facilities. Additionally, we want to ensure that the 50 schools being built in the districts where we work are disability inclusive and that the community and municipality are involved in their management to ensure sustainability.

In close collaboration with sanitation stakeholders, Urbasen will work to influence demand generation and ensure municipalities include a budget line to support vulnerable households. Urbasen will also work with IBP to generate information and monitor service delivery using social audits. 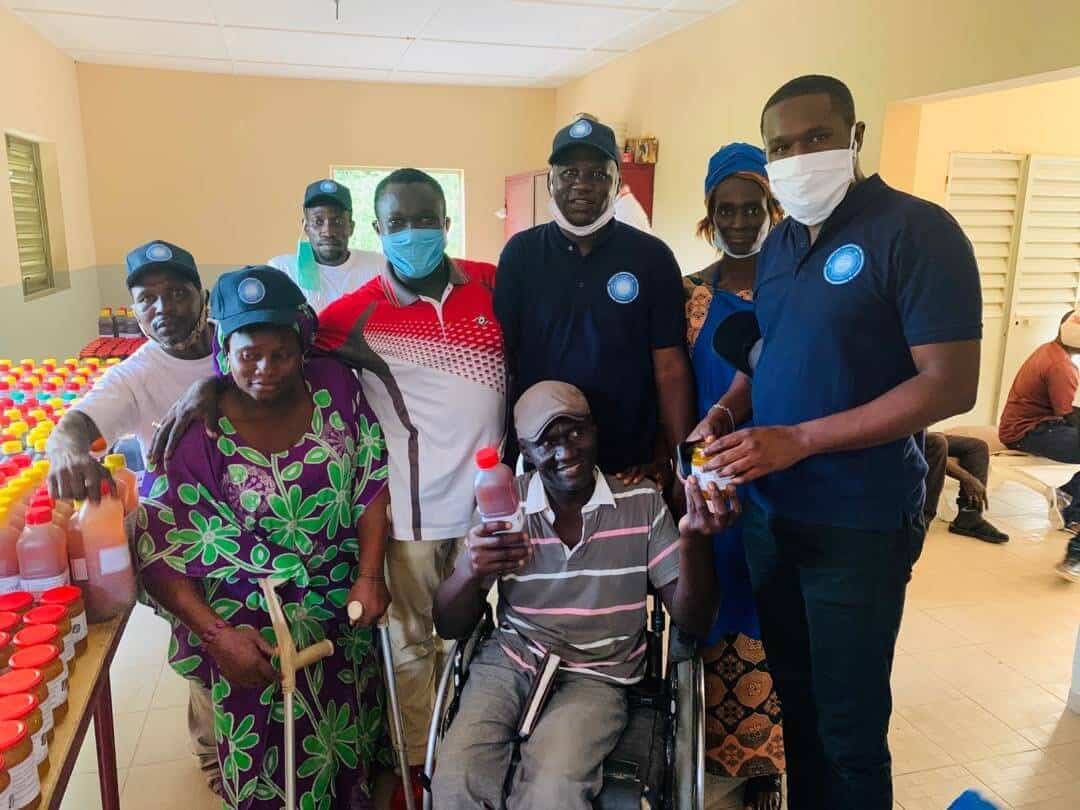 The fight for social inclusion of people with disabilities

For many years disability has, in theory, been a policy priority of the Senegalese government. Officially, people with disabilities (PWDs) represent 5.9% of the Senegalese population.1 This data, however, is contested and many argue that it is closer to 15.5% of the total population.  In 2010, the Social Orientation Act (SOA)2 was adopted to protect the rights of PWDs and remove barriers to their empowerment and inclusion. The Equal Opportunity Card (EOC) program was introduced to provide PWDs free health care, transportation, employment and other assistance. However, officials were failing to provide the cards to eligible people, and even those who did receive a card were having trouble accessing benefits. Out of 50,000 people who had registered for a card, only 19 230 were enrolled in the Universal Health Coverage plan and even those who were enrolled experienced gaps in services as the state regularly failed to pay the insurer.

In just over a year, the Senegalese Federation of Associations of People with Disabilities (FSAPH), with our support, facilitated access to basic services and benefits for more than 100,000 of its members. FSAPH helped 15,000 people get access to EOC cards and helped increase the number of PWDs enrolled in the Universal Health Coverage program from 38.5% in 2019 to 42% in 2020. They also ensured that 100,000 of its members received COVID relief. Importantly, they influenced key Senegalese government ministries to commit to improving three programs focused on facilitating employment, vocational training, and social protection opportunities for PWDs. The process of fighting for and achieving these changes have transformed how government sees and listens to people with disabilities and have lasting impact on how PWDs see themselves and their place in Senegal.

IBP is committed to bolstering the agency of two partners that are both dynamic and have a high potential to bring efficient and sustainable solutions to the challenges faced by Senegal’s marginalized communities.

Learn more about the Federation of Associations of Persons with Disabilities’ (FSAPH) work to ensure that no disabled person in Senegal is left behind, especially during the COVID-19 pandemic, in a new post on the Open Budgets Blog.