SPARK (Strengthening Public Accountability for Results and Knowledge) is an ambitious and innovative global program to arm marginalized groups and activists with the tools necessary to engage in budget processes and affect transformational change in their lives.

In South Africa, SPARK builds the capacity of urban informal settlement residents to engage government to better spend public resources on basic services such as water, electricity and sanitation.

The South African population is urbanizing rapidly, and city governments are struggling to provide even the most basic of services to the 20 percent of residents living in informal settlements. Additionally, city governments are not engaging these residents in the governance process, resulting in high levels of service delivery protests. With our partners organizations, IBP South Africa has developed ways to facilitate the engagement of informal settlement residents in the budget process and bring about significant improvements in service delivery.

SPARK and our partners develop the collective agency of informal settlement residents to influence government decision-makers. This includes understanding who in government is responsible for services in their area and what level of services government is supposed to deliver. With this foundational understanding of how budgets impact them and the services they receive, these residents can engage the relevant officials or politicians to improve service delivery.

The Asivikelane campaign was founded in early 2020 through a coalition formed by IBP South Africa and its partners – Afesis-corplan, CORC and Planact – in the face of the global COVID-19 pandemic. The coalition feared that the conditions in which informal residents live – very close quarters, with failures in adequate water, sanitation and refuse removal provision – were not being sufficiently addressed by the government and municipalities. While the government in general, and metropolitan governments in particular, have enough money available in their budgets to reduce poor service delivery in informal settlements, they do not allocate enough of this money to improving services and infrastructure in these poverty-stricken areas. IBP and coalition partners had worked together since 2018 to hold metropolitan governments accountable for improved service provision in five metropolitan municipalities using the power of evidence-informed advocacy with local governments. As the COVID-19 pandemic set in, Asivikelane was designed to mobilize informal settlement residents to monitor failures in the delivery of critical water, sanitation and refuse removal services; report those findings, notably through the media; and engage metro governments on the challenges and potential short-term and long-term solutions.

Asivikelane – which means “let’s protect one another” in isiZulu – asks informal settlement volunteers to respond to questions regarding the quality of water, sanitation and waste management services over a seven-day recall. IBP South Africa then consolidates the answers and disseminates monthly results to bring problem areas to the attention of the relevant city agency and the public.

Planact was originally formed as a voluntary association of professionals in 1985 and has since evolved into a well-established organization working to promote and support settlements and contribute to the local government transformation process.

The Community Organization Resources Center (CORC) is a nucleus for professionals and grassroots activists who think independently yet plan and act collectively. CORC provides support to community networks who mobilize themselves around their own resources and capacities.

Afesis-corplan is a vibrant development NGO that is recognized as pioneers in deepening participatory democracy and good local governance, community development and alternative settlement development approaches since 1992. 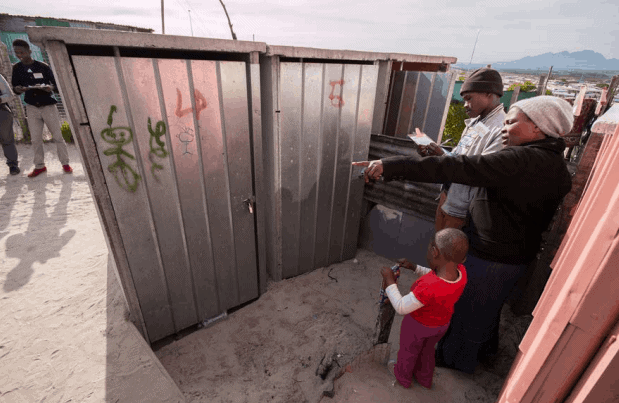 This guide is designed to helps informal settlement communities find the documents that provide information about services being delivered to their communities.